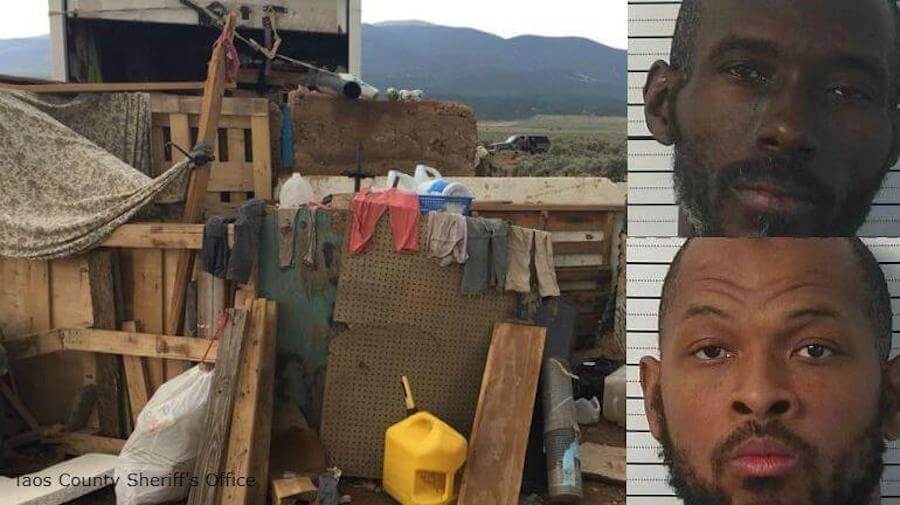 Out of the Southwest comes a report of an apparent raid where authorities apprehended  a Muslim training children to commit acts of domestic terrorism:

The man arrested at a squalid New Mexico compound is the son of a controversial Brooklyn imam who was on a list of people who “may be alleged as co-conspirators” to the 1993 World Trade Center bombing, according to court documents released by prosecutors Wednesday. Siraj Wahhaj, who shares a name with his son who was arrested Saturday, testified as a character witness for Sheik Omar Abdel Rahman, the notorious “blind sheikh” who was convicted in 1995 of plotting terror attacks in the U.S.

Authorities found 11 children and four adults living in “filthy” conditions at the compound Saturday in Amalia, New Mexico. Prosecutors also alleged in court documents that Wahhaj, 39, was teaching the children to commit school shootings. The documents claim Wahhaj was conducting weapons training with assault rifles at the compound with the children.

Taos County Sheriff Jerry Hogrefe previously said adults at the compound were “considered extremist of the Muslim belief.” He did not elaborate, saying it was part of the investigation.

The elder Wahhaj heads Masjid At-Taqwa mosque in Brooklyn, New York, which has attracted speakers over the years who have been described as radical.

The elder Wahhaj was named in the investigation of the 1993 World Trade Center bombing but was never charged.

Blacks are far too incompetent to pull off coordinated terror attacks on American soil – so if there is any reality to this story, Wahhaj must have received help from a hidden hand. That said, what this article fails to mention is that one of the so-called Muslim conspirators involved in the 1993 World Trade Center bombing, Ahmad Ajaj, had been recruited by the Israeli Mossad, according to Robert Friedman, a jewish journalist for the Village Voice:

Mossad allegedly ‘tasked’ Ajaj to infiltrate radical Palestinian groups operating outside Israel and to report back to Tel Aviv. Israeli intelligence sources say that it is not unusual for Mossad to recruit from the ranks of common criminals.

The investigation, of course, will cover up any connections that Wahhaj may have had to the FBI or Mossad, but it is highly unlikely that Wahhaj was acting alone in setting up this terror team of children to carry out mass shootings.

This so-called terror camp, which looks like a garbage dump, seems staged – and its purpose is to strike fear in the American public who will demand that our school children be protected – which will include more banning of gun ownership.

You can find more about the Mossad’s connection to the 1993 WTC bombing here.