Facebook Cheka Purges All Those Who Question Or Oppose Jewish Supremacy 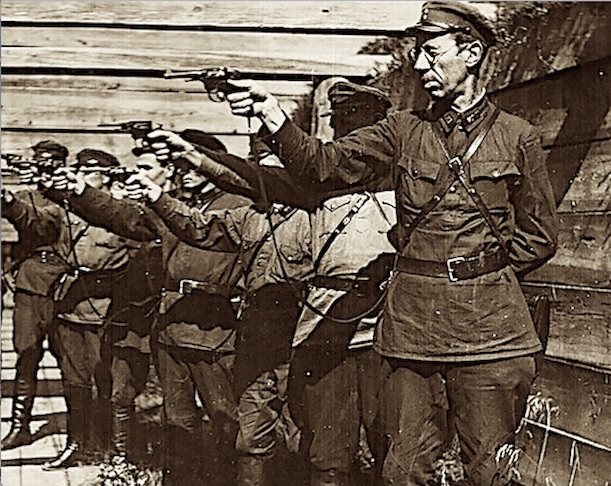 (The Jewish Chronicle) Mark Zuckerberg, the Jewish CEO of Facebook, as done an about-face on his former policy which allowed for a healthy debate over the historical accuracy of the so-called “Holocaust” — and will now be completely censoring anyone who questions any aspect of it — suggesting that by doing so he will be saving his fellow Jews from “violent” attacks:

A statement by the social media giant said it had made the decision because of the “well-documented rise in antisemitism globally and the alarming level of ignorance about the Holocaust, especially among young people.”

Monika Bickert, Facebook’s VP of Content Policy, pointed to a recent survey of adults in the US aged 18-39 in which almost a quarter said they believed the Holocaust was a myth, that it had been exaggerated or they weren’t sure.

Ms Bickert added: ”Institutions focused on Holocaust research and remembrance, such as Yad Vashem, have noted that Holocaust education is also a key component in combatting antisemitism.”

Beginning later this year, we will direct anyone to credible information off Facebook if they search for terms associated with the Holocaust or its denial on our platform.”

Facebook founder Mark Zuckerberg added: “I’ve struggled with the tension between standing for free expression and the harm caused by minimising or denying the horror of the Holocaust. My own thinking has evolved as I’ve seen data showing an increase in antisemitic violence, as have our wider policies on hate speech.”

Earlier this year, following consultation with external experts, Facebook announced they had banned antisemitic stereotypes about the collective power of Jews that often depicts them running the world or its major institutions.

The World Jewish Congress said: ”Denying the Holocaust is a tool antisemites use to spread hate and false conspiracies about Jews. This move sends a message that Facebook will no longer allow this ideology.”

As usual, Jews have this backwards — the Holocaust is a tool of Jewish supremacists to spread hate and false conspiracies about Germans and other European peoples, like the Poles, who they alleged “collaborated” to “exterminate” 6 million Jews for no reason whatsoever:

One historical fact that is not up for debate is that Jewish supremacists in Russia murdered 60 million White Christians while enforcing a brutal “Soviet” dictatorship on a defenseless people — thanks to the Jewish proclivity to ban private ownership of guns.

When Jews remove all opposition to their power, the wholesale slaughter of their enemies begins — and this is what Facebook’s removal of “Holocaust denial” is a harbinger of — the shape of things to come.

President Trump wasn’t joking or exaggerating when he matter-of-factly stated that Jews are “not nice people” and are, in fact, “brutal killers.”

While Jewish supremacists at the ADL try to convince you of the “heinous lie” that “White supremacists” are a “lethal threat,” they are purging anyone and everyone from public discourse who dares question them — on the grounds of “inciting violence” toward Jews.

And that’s true, but only as long as we understand that truth is form of violence toward Jews.

But even Jewish “experts” admit that Holocaust education does not reduce antisemitism — so there must be another reason for forcing it down everyone’s throat — which is to use their brutal power to force people to accept a grotesque lie and thereby completely demoralize them — to convince them that all resistance is futile — exactly what they did in Bolshevik Russia.