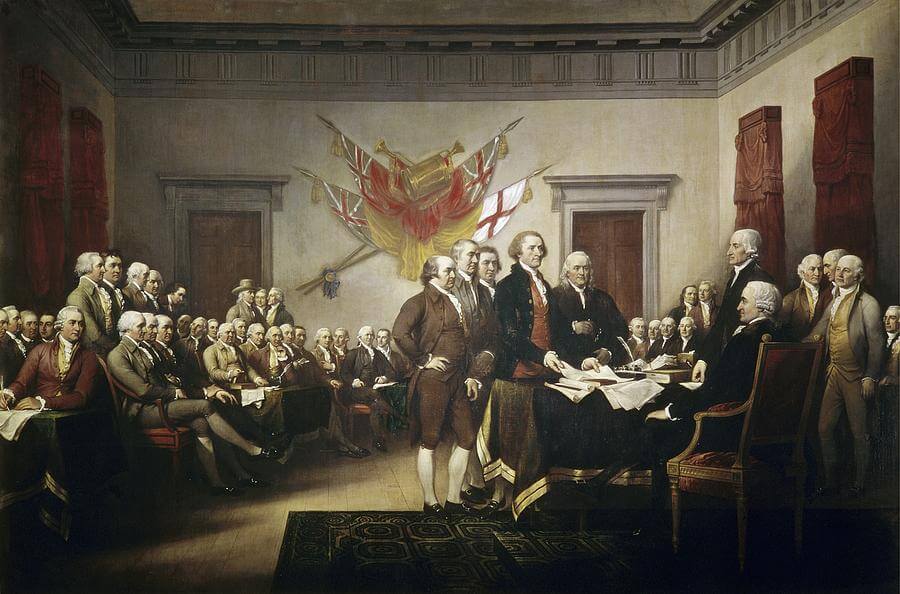 “America’s founding document might be too politically incorrect for Facebook, which flagged and removed a post consisting almost entirely of text from the Declaration of Independence. The excerpt, posted by a small community newspaper in Texas, apparently violated the social media site’s policies against hate speech.

Since June 24, the Liberty County Vindicator of Liberty County, Texas, has been sharing daily excerpts from the declaration in the run up to July Fourth. The idea was to encourage historical literacy among the Vindicator’s readers.

The post in question contained paragraphs 27 through 31 of the Declaration of Independence, the grievance section of the document wherein the put-upon colonists detail all the irreconcilable differences they have with King George III.

Stinnett says that he cannot be sure which exact grievance ran afoul of Facebook’s policy, but he assumes that it’s paragraph 31, which excoriates the King for inciting “domestic insurrections amongst us, and has endeavored to bring on the inhabitants of our frontiers, the merciless Indian Savages.”

This will be written off as a computer error, but Facebook’s “algorithms” are created by computer programmers with the same radical agenda. Everything the Founding Fathers wrote merely expressed and promoted their “White privilege” for themselves and their White “posterity”. Whereas the “Native Americans” were noble, peace-loving environmentalists who wanted to share the land with everyone–except the White Man.