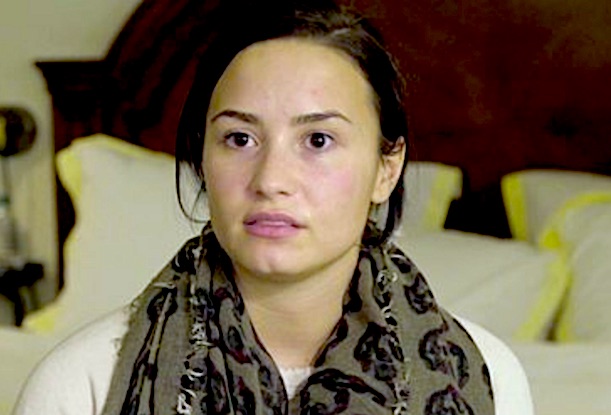 The multi-racial former teen pop star, Demi Lovato, who’s been in a slow tailspin since she became an adult, appears to be trying to resuscitate her flat-lining career by getting “in touch” with her “Jewish ancestry” and visiting the Wailing Wall in Jerusalem:

Pop star Demi Lovato made a surprise appearance at the Western Wall in Jerusalem during a trip that appears to be personal and not related to any music touring, Israeli news outlets reported Thursday.

The two-time American Grammy nominee, who has sold millions of albums, has not mentioned the trip on social media. The Jerusalem Post reported that she tweeted from her now-deleted account in 2012 that she has Jewish roots.

Celebrities and politicians who want to ingratiate themselves to “The Jews” predictably make the mecca to the Wailing Wall so that they can be photographed pretending to pray at an old wall that  the Jews like to pretend was part of the Second Temple that the Romans completely flattened in 70AD.  Very few “child stars” like Lovato successfully make the transition into adult star, and her visit to The Wall would seem a tacit admission that her career could be tanking.

And it’s not unusual at all for Hispanic “Mexi-Mericans” like Lovato to have Jewish ancestry, as many of the earliest so-called “Spanish” conquistadors were actually crypto Jews who had “converted” to Catholicism to avoid the Inquisition.

So with her White mother and Latino father, Lovato was the perfect poster child for selling diversity and race mixing to White American children by the Jewish moguls and pedophiles who now run Disney.  However, now that Lovato is on the Tinsel Town discount rack as she pushes 30, those pedophiles probably don’t have much interest in giving her career a boost like they used to when she was 14.