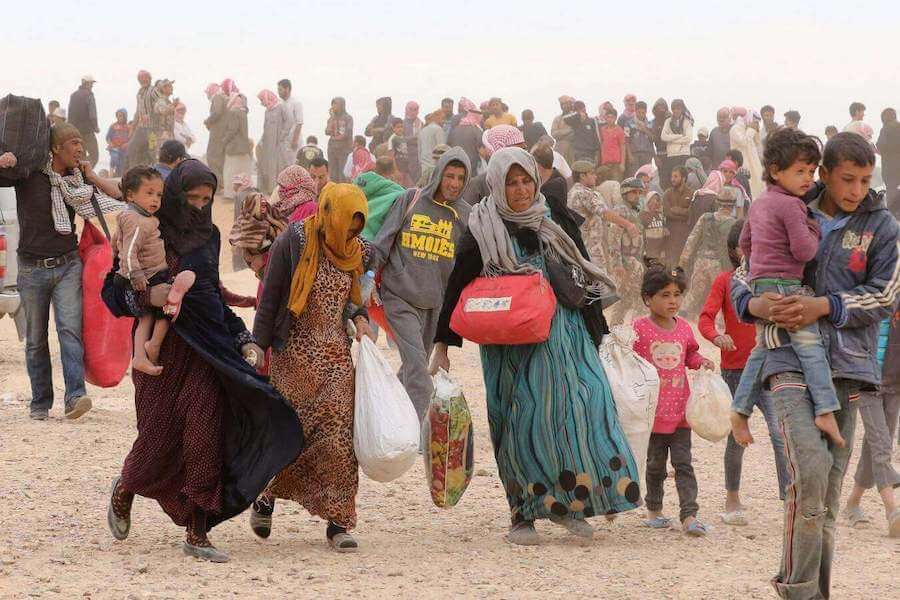 It seems the Left can come up with any excuse to try and keep their agenda moving forward:

Rising temperatures could lead to eco-refugees making their way to Canada in the decades to come, according to a University of Waterloo climate scientist.

“We are going to see a mass migration of eco-refugees. People that are currently in locations — that in the not too distant future — they will not be able to survive there,” Blair Feltmate, head of the Intact Centre on Climate Adaptation, told The Current’s guest host Megan Williams.

“We are going to see people migrating by the millions.“

This summer has had several bouts of extreme heat globally and Canada-wide. It’s a reality that Feltmate says Canada needs to adapt to.

Geographically, Canada is an ideal location for people who are disenfranchised, Feltmate said.

“It’s empty. We have 36 million people,” he said, adding that the country is also rich with resources like timber, minerals and water.

And while Canada isn’t starting from scratch when it comes to preparing for pending eco-refugees, Feltmate said there’s a lot of work to do.

This is a very convenient story to appear while America and Europe are experiencing a heat wave. Why not wait until January to try to sell this fake scenario to these White nations?

One of the contributors to this project is a Swede whose livestock died in the recent heat wave. How much farther north can he go to avoid the heat?

Is Canada willing to take in thousands of Swedish farmers? Or White South African farmers?

Non-Whites have always lived in the hottest parts of the Earth–and they’ve never left their homelands. Why now?