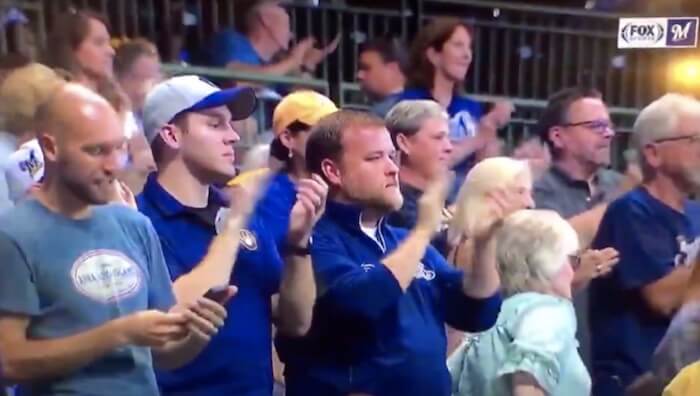 Interesting choice here, Milwaukee. Sure, Josh Hader ​definitely regrets all those racist-as-hell tweets he put out years ago. He’s surely not the exact same person he was back then, or even a few weeks ago.

But it’s still not the greatest possible reaction. If he’s wearing your team’s uniform, sure, go ahead and root for him. But a standing O? This soon after all that stunningly unsavory stuff came to light? It’s not really the best look.

Hader’s teammates put forth a united front to show support for him following an emotional meeting in which he apologized for what he had done. But still, all this just doesn’t feel right.

It’s going to be a while before it can.

The fans obviously forgive Hader, but the jewish media never will – after all, “racism” is a worse crime than even pedophilia these days. We are supposed to forgive Disney director, James Gunn, for his Tweets about pedophilia, but it’s “too soon” to forgive Hader, who did nothing wrong except make some common sense observations about racial differences that everyone – even Blacks and Jews – know are true.

Whites are sick of political correctness, and their standing ovation was a show of solidarity that Whites won’t cower.