Fasting ‘Christians’ Will Pray For 9 Hours To Repent For 2,000 Years Of Antisemitism™ 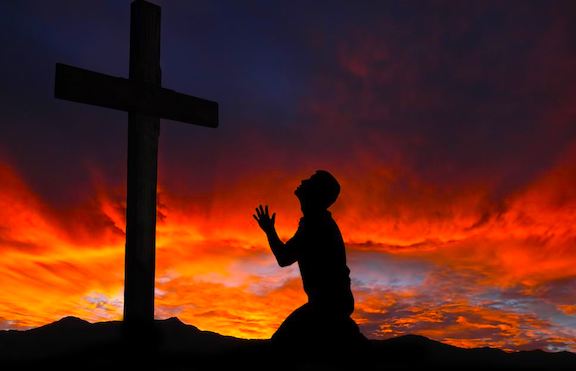 Tisha Be’av, the ‘saddest day’ on the Jewish calendar, will become a time for Christians around the world to repent together for two thousand years of antisemitism™ through an online virtual prayer event hosted on the 9-av.com website:

While Jews will be reading Lamentations in and out of synagogues, Christians will participate in a nine-hour online vigil of prayers. There will also be a week of online tours of biblical sites and other key locations in Israel.

The event is being organized by a team led by Steve Wearp, a Christian and former national director of the March for Remembrance, which holds events against antisemitism in more than 50 US cities. This is his third year organizing Tisha Be’av events for Christians in Jerusalem and his first time hosting it online due to the coronavirus.

“We struggled with how to do it this year, but we realized we have a much greater audience potential online,” Wearp said.

It will also be easier for participants fasting for 25 hours of mourning to stay home instead of spending the day in the Israeli sun.

Former MK Yehudah Glick will take participants to the Temple Mount, the site of the Jewish Temples, whose destruction is mourned on Tisha Be’av. Hebron spokesman Yishai Fleisher will guide them to the Cave of the Patriarchs. Israel Bible publisher Rabbi Tuly Weisz will provide a special message of healing and reconciliation.

“It was baseless hatred that led to the tearing down of the Temple, but it was the hands of the nations that tore it down,” Wearp said. Speaking for Christians, he said: “We treated the Jews with baseless hatred for 2,000 years. Now is the time to help rebuild the Temple as a place for baseless love and peace for the Jewish people. We want to help lift you up to accomplish what God has given the Jewish people so His glory will once again live here on earth. A lot of the burden rests on us.”

Steve Wearp — a poster boy for Judaized ‘Christian’ shabbos goy — apparently worships the Jews rather than Jesus Christ who, in no uncertain terms, prophecized the destruction of the Temple as a result of the perfidy of the Jews.

Wearp literally now works to enrich the Israeli Jews — he exports Israeli products and markets them to his fellow Judeo-Christian dupes in America.

It is impossible to separate ‘antisemitism’ from Christianity — Christ’s rebuking, rejection, and excoriation of the Jews — and their ‘traditions of the elders’ — is an essential part of the faith.

If Christians embrace the Jews and their occult, babylonian ‘faith’ they call ‘Judaism’, they cannot be Christians — they become Jews, which is exactly what is happening to 99% of all Christians today.

Jews now want to blame the so-called ‘Holocaust’ not just on the so-called ‘Nazis’ — they blame all of Christendom — and by implication — Christ himself.

The so-called ‘suffering’ of the Jews during the so-called ‘Holocaust’ is replacing the suffering of Christ on the Cross.

Yes, that’s right — had it not been for the ‘antisemitic’ Jesus Christ, there never would have been a “Holocaust”.

Pay up, Christians — the Jews will soon be taking a percentage of every collection plate as another ‘kosher tax’ on Christianity — to help them ‘repent’ for their 2,000 years of ‘Jew hate’.