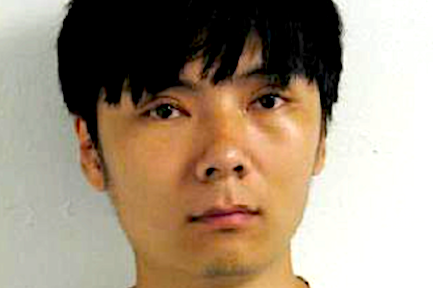 Eric Lin, a Chino-Merican who lives in Maryland, has been jailed in Seattle after the FBI said he made a series of social media threats against Hispanics in the Miami area.

An FBI complaint in Miami said 35-year-old Eric Lin sent messages via Facebook between May and August to a Hispanic woman he knows, threatening her and her family, expressing support for Adolf Hitler and calling for the extermination of Spanish-speaking people and other ethnic groups.

Court records show Lin had an initial court hearing Monday in Seattle federal court on a charge of interstate transmission of threatening communication. Lin has not yet entered a plea.

According to Lin’s arrest warrant, his messages caused the victim to “fear for his/her life and the lives of his/her family members.” Among the messages Lin allegedly sent were an image of his face merged with that of Hitler and a declaration of a “race war.”

In one communication, he wrote “I will let you live so you can slowly watch me destroy your Entire Race, then your family will be targeted for being ‘Anti-American’ which they are.”

In another, he wrote “This is a RACE WAR and All of you will DIE! Good luck Spic Nigger Arab Jew Spainaird [sic].”

The FBI said Lin, of Clarksburg, Maryland, was arrested Friday in Seattle on the federal charges filed in Miami. He has a bail hearing next week in Seattle.

His arrest comes amid a rise in racially motivated mass shootings in the United States. Earlier this month, 21-year old Patrick Crusius killed 22 people during a shooting at an El Paso, Texas Walmart. He later explained that he had been targeting Mexicans. Last October, gunman Robert Gregory Bowers killed 11 people during a shooting at the Tree of Life synagogue in Pittsburgh, Pennsylvania.

The Jews will insist that this is a “White supremacist” attack because this unhinged Chinese guy mistakenly believed the non-stop Jewish-sponsored propaganda campaign on television and in our schools that Adolf Hitler wanted to kill non-Whites just because they are non-Whites.

In reality, Hitler’s waged war against the Bolshevik takeover of Germany and Europe in general, and the only “racial” aspect of this conflict was the “incidental” fact that the vast majority of Bolsheviks were ethnic Jews who had declared a race war against the Germans.

Unfortunately, Eric Lin has also failed to understand that the only reason that Chinese people like himself have been allowed to flood America, just like the Mexicans he professes to hate, is that the Jews have admitted they wanted it that way.  The Jews have used Asian immigration to break up the White power base in America, just as they have used Mexicans and all other non-Whites.

If it weren’t for the Jews wanting him here, Eric Lin would be working in some slave labor factory in back in China making affordable iPhones and Air Jordans for Blacks in the American ghettos.