FBI Investigating Whether Or Not It’s Okay To Be White 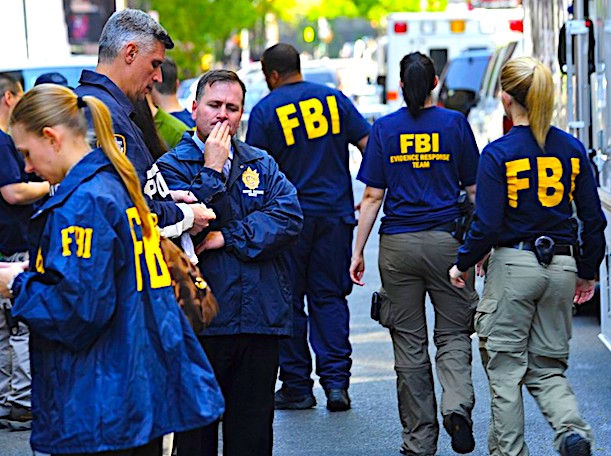 The Federal Bureau of Investigation is participating in an investigation with the Connecticut State Police concerning flyers that were anonymously distributed on a local university campus which stated that “It’s Okay To Be White“:

The president of a Connecticut university said hate-filled flyers were randomly distributed throughout campus on Thursday night.

Western Connecticut State University President John Clark said he is shocked and saddened about the flyers and inscriptions found on university property.

The flyers had “It’s Okay to be white” written on them, according to WCSU officials.

An investigation is underway involving Danbury police, CT State Police, and the FBI, where surveillance footage will be reviewed.

Interviews with anyone who may have witnessed the behavior will also take place.

“Have no doubt that we are treating this as an attack on our university community and making every effort to see that those responsible are caught and properly punished. I am fully committed to the absolutely necessary goal this does not happen again. We must be ever vigilant to protect our university against these hateful attacks,” Clark said in a letter.

If these flyers had instead stated, “It’s Not Okay To Be White,” not only would nobody have batted an eye, they probably would have been applauded for raising “awareness” of pernicious “White privilege” or something like that.

As America has become progressively browner over the last 40 years, White identity has become increasingly “problematic“.

And to suggest that being White is not problematic is ‘clearly’ an attempt at ‘inciting’ racial hatred, a Federal crime, which explains why the FBI is taking this incident so seriously.

Some Jews take the threat of White “okay-ness” so seriously that Noel Ignatiev — a Jewish professor at Harvard — has openly advocated that the White race must be destroyed for the sake of ‘humanity’ — but to date, the FBI has not seen it necessary to investigate him.

And since the FBI and the ADL are now in bed together, despite the fact that the FBI had successfully investigated the ADL for illegal domestic spying, it should surprise no one that the FBI agrees with the ADL on this issue: if it’s okay to be White, it must necessarily mean that it’s not okay to be Jewish — and when it’s not okay to be Jewish, “gas chambers” are just around the corner — or so we are constantly reminded.