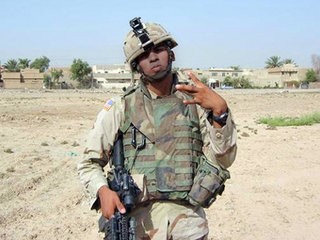 “The FBI has released a new gang assessment announcing that there are 1.4 million gang members in the US, a 40 percent increase since 2009, and that many of these members are getting inside the military (via Stars and Stripes).

The report says the military has seen members from 53 gangs and 100 regions in the U.S. enlist in every branch of the armed forces. Members of every major street gang, some prison gangs, and outlaw motorcycle gangs (OMGs) have been reported on both U.S. and international military installations.

…The FBI points out that many gangs, especially the bikers, actively recruit members with military training and advise young members with no criminal record to join the service for weapon access and combat experience.”

No matter how this article attempts to spin this into a White, “motorcycle gang” problem, it’s clearly a non-White problem, as the military actively recruits troubled Black and Mestizo “youth” from the ghettos, regardless of criminal records.

The Pentagon apparently thinks so.