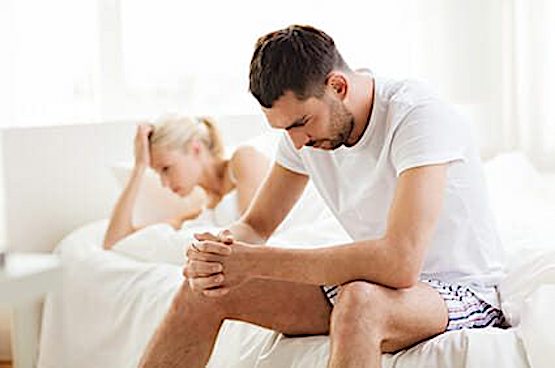 While the FDA has dragged its feet about approving the safe and effective hydroxychlorquine to treat COVid-19 patients, they didn’t hesitate to greenlight a study of Avipadil, an Israeli drug that is used to treat erectile dysfunction:

The U.S. Food and Drug Administration on Sunday has cleared NeuroRx, a US-Israeli pharmaceutical company, and Relief Therapeutics, a Swiss drug development company, for phase two trials for a drug that could take on a deadly condition associated with COVID-19.

The two companies announced that the FDA issued a “study may proceed” letter — which does not amount to a full-fledged drug approval — for the substance to be tried on COVID-19 patients.

The drug in question, Aviptadil, is a synthetic form of a neuropeptide hormone that works to enable communications between neurons in the human nervous system.

The researchers are hoping that Aviptadil will be able to take on the so-called Acute Respiratory Distress Syndrome (ARDS) — a condition responsible for about 50% of COVID-19 fatalities.

ARDS is a respiratory system failure induced by a rapid and severe lung inflammation, with breath shortness — a symptom COVID-19 is widely associated with — among its key signs.

It effectively brings to a halt the oxygen and carbon dioxide exchange in the patient’s lungs, necessitating the use of an artificial lung ventilation machine.

Notice how this article, which appears on the Jewish news site Ynet, fails to mention that Aviptadil is primarily used to treat erectile dysfunction, a fact that might raise a few eyebrows even in the medical community, as it should.

As we’ve previously reported, doctors may be misdiagnosing COVID-19 patients with Acute Respiratory Distress Syndrome, a common symptom of pneumonia.

COVID-19 patients’ lungs do indeed function, but they can’t absorb enough oxygen because the virus has destroyed the hemoglobin in the red blood cells — patients can’t breath because there’s little oxygen in their blood, not because there’s a problem with their lungs.

And this is why doctors have discovered that high-pressure ventilators, which force oxygen into the lungs, are actually doing great harm to the lungs, increasing damage and inflammation — and may have killed many patients in the process.

And since this Israeli erectile dysfunction drug does nothing to address the underlying problem — the destruction of the red blood cells — at best it’s a round about way reducing inflammation caused by the misuse of the ventilators.

On the other hand, Hydroxychloroquine works because it addresses the underlying problem, but the Israelis can’t take credit for inventing that, which means they can’t portray themselves as medical saviors of the world when hydroxychloroquine begrudgingly becomes the “standard of care” treatment for COVID-19 infections.

Ironically, Jews have admitted to being the largest creators and purveyors of pornography, which is now known to be a leading cause of erectile dysfunction in men, so it only makes sense that Jews would develop a drug that treats a condition that they created in the first place.