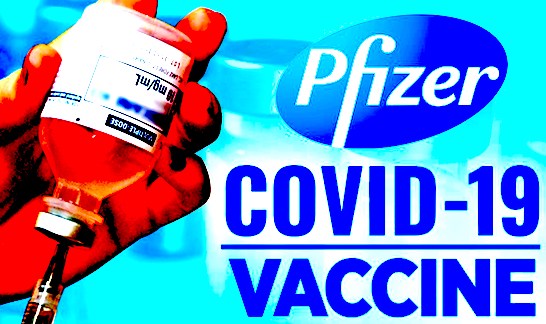 The Jerusalem Post today is reporting that according to Reuters, the FDA quietly announced on Tuesday that two trial participants have died after receiving their coronavirus vaccine:

According to Walla, one of the deceased was immuno-compromised.

This information was obtained from documents released on Tuesday.

The documents were released ahead of a upcoming meeting on Thursday of outside experts who will debate whether emergency authorization for the vaccine should be granted.

The FDA also said on Tuesday that the data they’re presented with is in line with emergency use authorization, raising hopes for Thursday.

According to Maariv, the sister publication of The Jerusalem Post, the FDA announced on Tuesday that there currently is not enough research to guarantee the vaccine’s safety for immuno-compromised groups, pregnant women and children.

In fact, if you’ve ever had a flu shot — which means over 70% of the population — you are immuno-compromised.

Even if you are Vitamin-D deficient — as many are in the winter months — you are going to be “immuno-compromised” — low Vitamin-D levels depress your immune response and make you more susceptible to opportunistic infections — one the reason people tend to get the common cold or flu as the seasons change.

And yet, these “experts” are recommending that “immuno-compromised” people — should be the first to get the experimental — and apparently deadly — COVID vaccines.

They are encouraging pregnant women to be among the first to be vaccinated — even though they know that the COVID vaccines are abortificants — and may cause sterility in women of child-bearing age.

As Dr. Igor Shepherd, a top doctor coordinating the state of Wyoming COVID response, these experimental vaccines are “biomedical weapons of mass destruction” whose purpose is anything about so-called “public health”.

And these two recent deaths are just the beginning of the shape of things to come.

[Note: we were unable to locate the original story from Reuters that the The Jerusalem Post cited — no surprise that it has immediately been scrubbed.]

[Update: just as we predicted, not only has the JPost article has been changed, the internet archive Wayback Machine has scrubbed it too.  But it’s been archived here.]

Screenshot of original JPost article in case it gets 86’d: 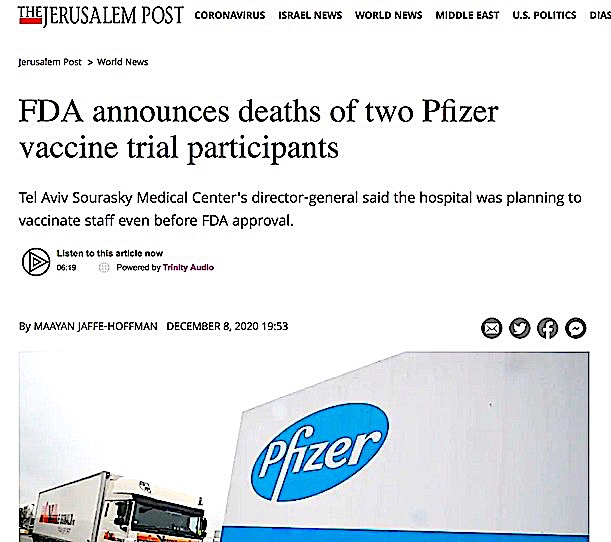