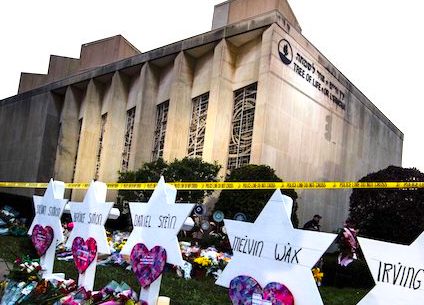 The Pittsburgh City Council gave final approval Tuesday to gun restrictions proposed after last year’s synagogue massacre, inviting a legal challenge by gun-rights activists who have long tangled with the city over firearms:

After taking an initial vote last week, the all-Democratic council voted 6-3 to send the legislation to the desk of Democratic Mayor Bill Peduto, who is expected to sign the bills into law.

A handful of pro-gun rights activists jeered and booed the vote, while two dozen supporters gave council a standing ovation.

“We’re happy to take a stand,” Councilman Corey O’Connor, who spearheaded the effort, said afterward. “It’s going to be a difficult battle, but we are willing to fight it. People are starting to change their minds and be more open to some sort of gun control.”

The legislation places restrictions on military-style assault weapons like the AR-15 rifle that authorities say was used in the Oct. 27 rampage at Tree of Life Synagogue that killed 11 and wounded seven. It also bans most uses of armor-piercing ammunition and high-capacity magazines, and allows the temporary seizure of guns from people who are determined to be a danger to themselves or others.

Pennsylvania state law forbids municipalities from regulating guns, and pro-gun advocates say they’ll sue to block the laws from taking effect — and file private criminal complaints against council and Peduto over allegations of abuse of office and official repression.

Mary Konieczny, a nurse who addressed the council, called the legislation “a distraction and an overreach of authority” and accused council members Tuesday of trying “to fearmonger people that by taking guns away from legal gun owners, people will be safe.”

Dennis Jordan, a lifelong Pittsburgh resident and gun collector wearing a black T-shirt supporting the Second Amendment, also spoke out against the bills.

“My guns are not hurting anybody. I have no intent of hurting anybody,” he told the council. “I am not going to be allowed to own my guns because of this ordinance. I am ready to move out of this place. You just want to control people. You want to take away my right to protect people.”

The three-bill package — proposed not long after the deadliest attack on Jews in U.S. history — was weakened ahead of the vote in an effort to make it more likely to survive a court challenge.

Jews apparently need to be reminded that people who carry out mass shootings are not law abiding citizens, and no matter how restrictive gun laws are, these criminals will not obey them.  If you want citizens to feel safe, you make sure they not only have rights to protect themselves, you would also encourage, rather than discourage, gun ownership.

Do Jews feel safer at their synagogues with armed or unarmed guards?

And ask the Jews in Israel if they’d rather be armed or unarmed to protect themselves against possible “terrorists”.  Good luck telling any Israeli that they will no longer have the right to own any gun that is capable of deterring a terrorist attack.

And yet that’s exactly what the Jews in Pittsburgh are attempting to do: disarm law abiding citizens so that they can no longer protect themselves against random mass shooters.  This is either downright stupid or hypocritical.  You decide. 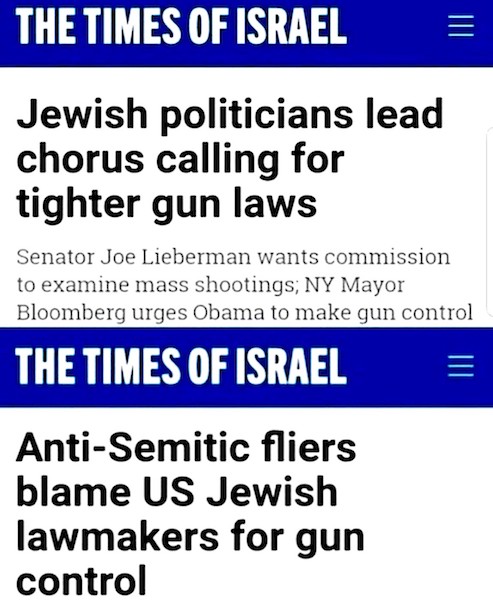