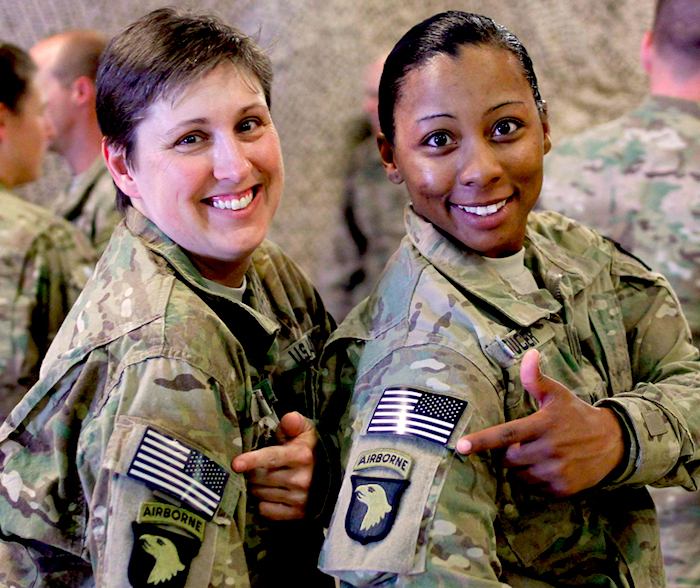 A federal judge in Texas has declared that the all-male military draft is unconstitutional, ruling that “the time has passed” for a debate on whether women belong in the military:

The decision deals the biggest legal blow to the Selective Service System since the Supreme Court upheld the draft in 1981. In Rostker v. Goldberg, the court ruled that the male-only draft was “fully justified” because women were ineligible for combat roles.

But U.S. District Judge Gray Miller ruled late Friday that while historical restrictions on women serving in combat “may have justified past discrimination,” men and women are now equally able to fight. In 2015, the Pentagon lifted all restrictions for women in military service.

The case was brought by the National Coalition For Men, a men’s rights group, and two men who argued the all-male draft was unfair.

Men who fail to register with the Selective Service System at their 18th birthday can be denied public benefits such as federal employment and student loans. Women cannot register for Selective Service.
The ruling comes as an 11-member commission is studying the future of the draft, including whether women should be included or whether there should continue to be draft registration at all.

The National Commission on Military, National and Public Service released an interim report last month giving no hints on where it would come down on those issues. But commission chairman Joe Heck told USA TODAY, “I don’t think we will remain with the status quo.”

The government had argued that the court should delay its ruling until that commission makes its recommendations. But Miller said Congress has been debating the issue since 1980, and the commission’s final report won’t come until next year. And because the commission is advisory, there’s no guarantee that Congress will act, he said.

Miller said Congress has never fully examined the issue of whether men are physically better able to serve than women. In fact, he noted in a footnote, “the average woman could conceivably be better suited physically for some of today’s combat positions than the average man, depending on which skills the position required. Combat roles no longer uniformly require sheer size or muscle.”

This is the end game of feminism: putting women, including mothers, under live fire in combat, to die on the battlefield, hopefully in equal numbers as men.  Given all the diversity and equality in the U.S. military today, our battlefields are now littered with the bodies of women, men, trannies, and every other of the 50 genders now recognized by the LGBT commissars.

The second that young girls hit puberty, get them an HPV vaccine and get them on birth control.  Encourage them to “break down barriers” and do whatever men can do, even join the military.  And if they happen to get pregnant on their road to combat infantry training, a well-timed abortion will teach them to kill, a skill useful in today’s military.  If you can kill your own baby, you certainly have the right stuff to serve in the U.S. military to fight proxy wars for Israel.