Female PhDs ‘Calculate’ Dollar Value Of ‘Prayers’ For Hurricane Victims To Be $4.36 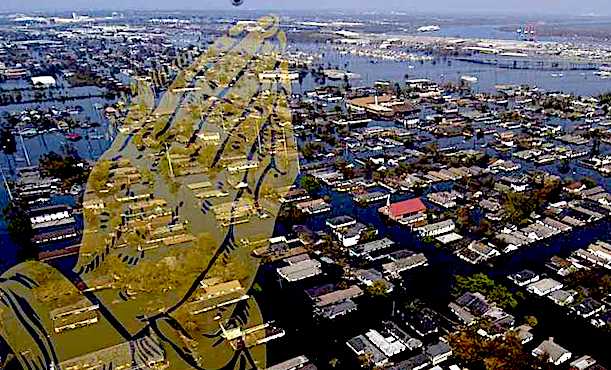 University of Wyoming economist Linda Thunström and Denison University anthropologist Shiri Noy, a duo of United States-based female researchers recently examined the tangible effects of publicly offered thoughts and prayers, published “The value of thoughts and prayers” in the journal the Proceedings of the National Academy of Sciences of the United States of America:

In a second, related publication, “Thoughts and Prayers – Do They Crowd out Charity Donations?” recently published in the Journal of Risk and Uncertainty, Thunstrӧm researched whether thoughts and prayers affect donor giving.

Thunstrӧm wrote in a recent Twitter discussion on the paper that in two-thirds of incentivized experiments she performed in the wake of hurricanes, she found that prayers actually reduced charity donations, whereas thoughts alone did not.

In their empirical study, Thunstrӧm and Noy managed to isolate the monetary value of thoughts and prayers in the wake of North Carolina’s Hurricane Florence in September 2018.

The researchers asked a sample group of 482 Christian, agnostic, and atheist victims how much money they would assign to thoughts and prayers given by secular individuals versus those from religious strangers or clergy.

On the other hand, secular hurricane victims were willing to pay in order to avoid the believers’ prayers: $3.54 to a Christian stranger, and $1.66 to a priest.

“The finding that Christians benefit from intercessory prayers, while the welfare of atheists/agnostics is reduced by such gestures, underscores the divide in this popular response to hardships,” said Thunström. “Our results also might reflect the political and religious polarization in the United States.”

When you give PhDs to barren women in the social ‘sciences’, this is the kind of ‘cutting-edge’ research you can expect. They try so hard they are men’s equals that they end up confirming their worst fears.

But then again, what would you expect from (((Shiri Noy))), who did ‘ground-breaking’ research in Latin America showing that the lighter the skin tone, the more economically well-off people were.  Being a Marxist, she concluded that was ‘racist’ and a bad thing, of course.

That said, their finding that atheists would actually pay people to NOT pray for them is worth noting.  What it suggests, however, isn’t clear beyond the fact that Christians really annoy atheists.