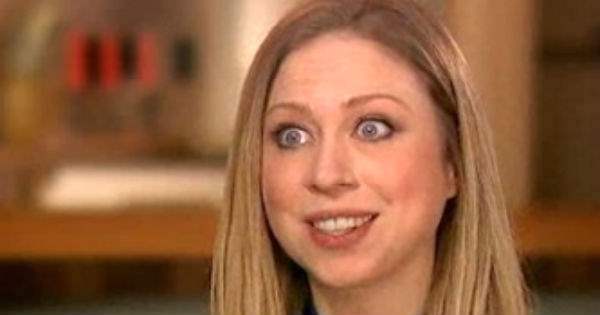 For those who aren’t yet completely sold on the social benefits of infanticide, former First Daughter, Chelsea Clinton has weighed in, pointing out that the 60 million abortions performed since legalization in 1973 has resulted in a virtual economic boom:

Speaking at the pro-abortion event “Rise Up for Roe” in New York City on Aug. 11 — which is part of a 10-city tour sponsored by Planned Parenthood Action Fund, NARAL Pro-Choice America, and the Demand Justice Initiative to rally against Judge Bret Kavanaugh, President Trump’s nominee for the U.S. Supreme Court — Clinton said:

“It is not a disconnect fact that American Women entering the labor force from 1970 to 2009 added $3.5 trillion dollars to our economy. The net, new entrance of women, that is not disconnected from the fact that Roe became the law of the land in January of 1973,” Clinton said.

“So, whatever it is that people say they care about, I think you can connect to this issue. Of course I would hope that they would care about our equal rights and dignity to make our own choices, but it that is not sufficiently persuasive hopefully some these other arguments you are hearing expressed so beautifully, will be.”

And here is the video:

Of course, it wouldn’t have been nearly as persuasive if Chelsea had bragged that abortions had doubled the amount of Federal Income Tax that the government has collected since women were “freed” up by abortion to enter the workplace.

However, because a huge percentage of abortions have been performed on Black women, experts did notice a significant drop in Black crime 20 years after the legalization of abortion in 1973.  And that drop in crime certainly had some positive economic impact on the country, but don’t expect Chelsea Clinton to brag about that social benefit of abortion any time soon.