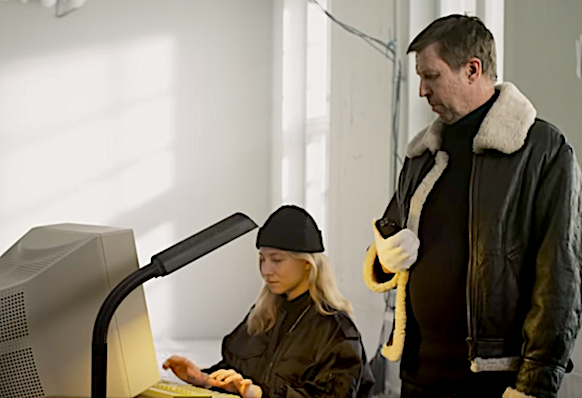 Finland’s Ministry of the Interior has produced a public service announcement that encourages citizens to snitch on each other to the police if they witness anyone engaging in “hate speech”:

“The material found on the computer indicates that the suspect has engaged in illegal hate speech. Hate speech is speech expressing or inciting hatred against an individual or a group of people.

Dear friend, if you detect this kind of activity, report it to the police.”

Because of our lack of cultural memory, most viewers of this commercial won’t immediately recognize it for what it is —  a heavy-handed resurrection of the communist surveillance society in the former Soviet Union and its satellite nations of the Eastern Bloc.  During the so-called Cold War, the western media would regularly warn us of the perils of Soviet snitch culture where everyone is suspected of being a counter-revolutionary.  Now our media is engaging in that same behavior.

We have had a bolshevik-style revolution in the West, but very few have the courage to recognize it for what it is.  We now have a culture where everyone has to watch what they say or post online because every utterance will be used against you if the opportunity should arise.  Those who engage in “hate speech” will be publicly prosecuted and humiliated.  Conform, obey, snitch, repeat.  The politically correct police can keep an eye on only so many citizens, which is why they need your help to report your friends, co-workers, and even family if necessary.

And in case they delete the video from Youtube, here is a backup: