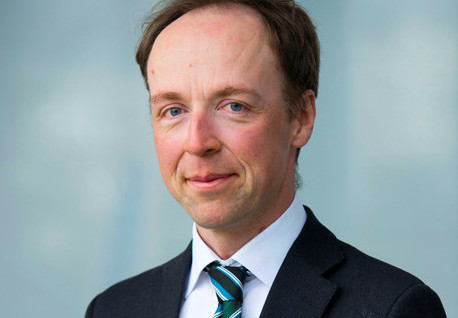 In a recent interview, Jussi Halla-aho, the Chairman of the Finns Party, offered harsh criticisms of how Finland is handling the migrant crisis, along with recommendations about how it should be reformed:

Finland should be the home of Finns, a Finnish refuge in an evil world.  Over the past few years it has become a boarding house for refuge tourists, where Finns have the role of the payer.  The child rapes of Oulu and Helsinki, as well as the public rape statistics, has drawn the attention of more and more Finns to the fact that Finland has become a hunting ground for criminals in the country where Finns — even children — are game.

The media and politicians running for election are panicking, and are fully energized. However, the problem is not new. It has continued and worsened over the years.  Nor is the problem born of itself.  It is the result of a naïve policy of disregard for its own citizens.  Thanks to the Center Party, Conservative Party and present day Blue Reform, over 30,000 Arabs, Afghans and Somalis were allowed to march from Sweden across the border in the autumn of 2015.

Prime Minister Sipilä presented an open call to the newcomers, promising them a stay in his house in Kempele.  Ironically, it was Kempele that tasted the new normal when an asylum seeker raped a 14-year-old girl that same autumn.  Since then many people have experienced the same fate, or have died, for example, in Kajaani, in Pori and in Turku.

What kind of people allow this to happen to themselves?  What kind of people elect leaders that allow this happen?  The good news is that this does not have to be the case.  This development has to be stopped and reversed.  Not, however, with populist declarations that other parties are now filling the airwaves with in a state of distress.  But through coherent, sensible reforms.

1. Sweden is a safe country. People coming from there should not receive applications for asylum, or in principle when proven to be unfounded.

2. Finland grants on the basis of subsidiary protection a residence permit issued for four years at a time, when in most other countries it is given for one year. This has to change.

3. Residence permits issued on the basis of protection shall be consistently withdrawn if there is no longer any need for protection. It is a mockery of the Finnish people that immigrants are vacationing in countries from which they have fled in distress for their lives.

5. Finland should not provide interpreters for people who have been living in the country for years.

6. Illegal residents should not be provided with public services. They attract unwanted and unsolicited migration.

7. Those refused a residence permit should be detained if they cannot be removed from the country and refuse to leave willingly.

8. The spiral of appeals must be cut. It’s ridiculous that a person waits two years for the handling of an asylum application, then upon receiving a negative decision announces that he is gay or Christian, starting the process all over again. Much can be done, but you have to want to do it.

Our goal is that Finland will be the least attractive target in Europe for standard-of-living refugees and criminals. The Center Party, National Coalition, and Blue Reform have given their evidence. They are not worried about your and your children’s safety, but about hate speech and their base values. The Green-Left still want a policy that is even looser than it is now. You decide for yourself what you want. But if you want things to change, don’t vote for liars.

This is the dilemma facing all of liberal western Europe — appearing to discourage “illegal” migration without awakening any “populist” sentiments.  And from a liberal point of view, “populist” is synonymous with “racist” and “xenophobic”.  It is simply impossible on the one hand to claim that the Finnish people have right to their own country for their own people, but on the other hand still take in Muslims and Africans without creating a populist uprising.

Third World migrants create “racism” and “xenophobia” simply by the way they behave, just as Jews create “antisemitism” by pushing their liberal nation-wrecking agenda.  No one would be demanding reform of the migrant crisis were it not for how it awakens a sense among Whites that their racial existence is under threat — not just some vague “lifestyle” but rather the future of their posterity.  It’s easy to advise, “Don’t vote for liars,” but politicians are paid to lie, and those that don’t lie are run out of office.