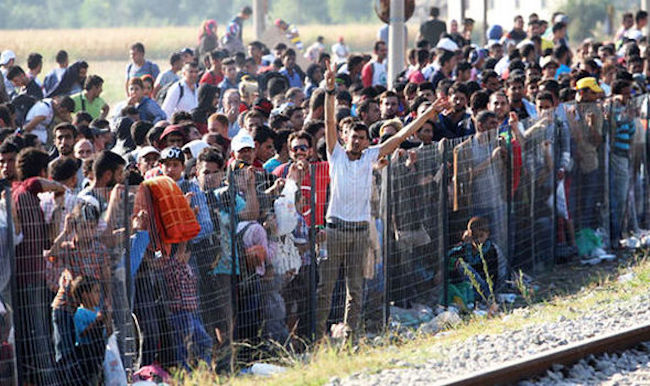 Apparently, the screening process for asylum seekers in Finland is so long and stressful that many of these migrants need expensive mental health services, paid for by the Finnish taxpayers:

The only unit run by the Finnish Immigration Service (Migri) providing special mental health care for asylum seekers was set up two years ago in the southern city of Lahti.

The 20-bed facility cares for asylum seekers with mental health problems in need of supervision or counseling.

“Most suffer from past events,” says Johann Kiander from the Lahti asylum seeker reception centre.

”Some have endured dangerous trips across the continent or are victims of trafficking. Others are traumatised by war or worry about missing relatives,” Kiander says.

The overwhelming majority – about 9,000 out of 11,400 asylum seekers – currently in Finland’s reception centres have received negative decisions. Due to appeals and refilings, the asylum application process sometimes lasts for years.

The mental health care unit in Lahti has space for 20 clients but is constantly full.

”There is a constant queue at the facility,” Migri’s senior inspector Päivi Hieta says.

According to Migri’s reception centre chief Kimmo Lehto another unit is needed and says the agency has turned to the Ministry of Interior for funding.

Of course, any asylum seeker should be automatically rejected if they have any form of mental illness–and it’s a complete waste of time and money to treat them.  By White western standards, a huge percentage of these Arabs and Africans would be classified as mentally ill–or at the very least mentally incapacitated.

One can only imagine what kind of mental health facilities are available to these migrant in their native countries–or need we even ask?  They arrive in Finland with previous mental problems, and the Finns somehow think they are responsible for treating these invaders.  The only concern the Finns should have is showing these invaders the door on their way out of the country.