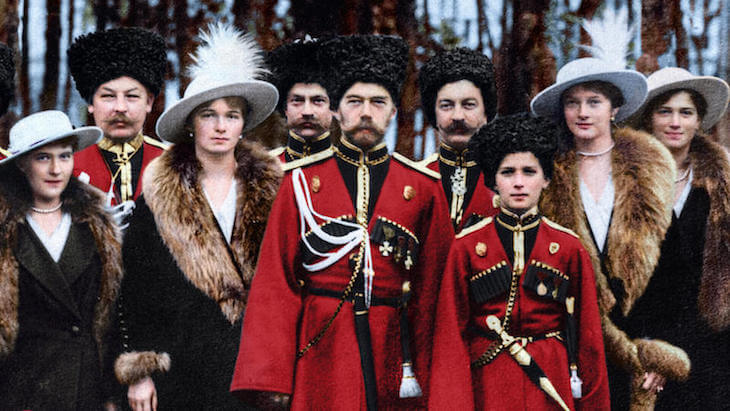 “There were 53 Romanovs living in Russia when Tsar Nicholas II abdicated on March 15, 1917. Eighteen were slaughtered in the most heart-wrenching circumstances; 35 made their way to safety.”

This year marks the centennial of the massacre of Imperial Russia’s Tsar Nicholas II and his family. In July 1918 their Bolshevik captors herded the doomed family into a basement in Yekaterinburg under the pretext that their photograph was to be taken.

The Tsar and Tsarina Alexandra, their daughters Olga (22) Tatiana (21), Maria (19), Anastasia (17) and Alexei (13) fell under a hail of bullets. The family’s corpses and those of three loyal servants and family doctor were hurled down a mine and later burned.”

A hundred years ago it was Wall Street bankers who financed the so-called “Russian Revolution”.

Out of nearly 400 members of this new “Russian” government, only 16 were actually Russians — the rest were ethnic Jews, except for one black American.

Most all of them — like Leon Trotsky — were from the Lower East Side of New York City (Manhattan).

We can only conclude that the so-called “Russian Revolution” was neither Russian, nor was it a revolution.

It was a Jewish armed invasion and coup d’etat of Russia, a slaughter of Christians – pure and simple. 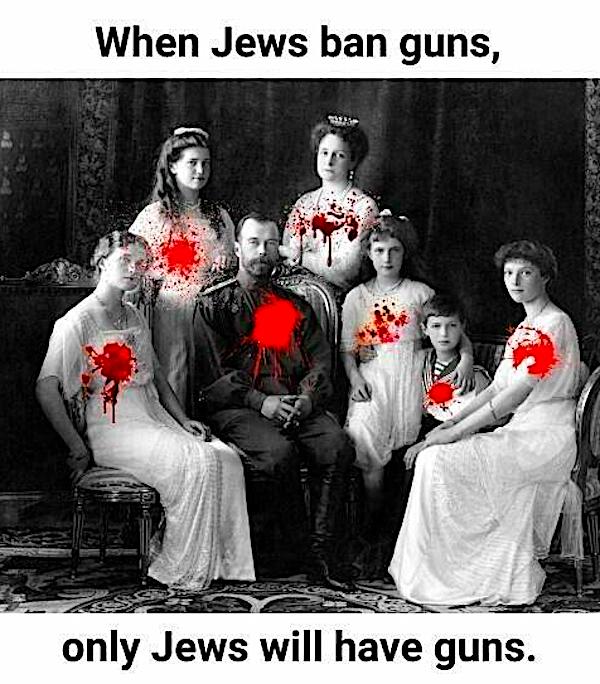