Flashback 1920: Jews Blocked Federal Census From Finding Out How Many Jews Were In America 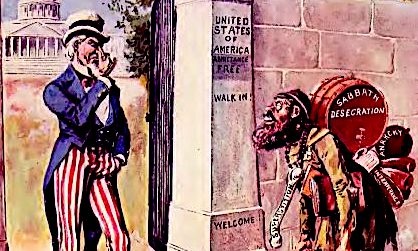 In 1920, Henry Ford’s newspaper, The Dearborn Independent, published an article on how Jews had used their power and influence to block the Federal government’s attempts to determine just how many Jews were in the country:

How many Jews are there in the United States? No Gentile knows.

The figures are the exclusive property of the Jewish authorities. The government of the United States can provide statistics on almost every matter pertaining to the population of the country, but whenever it has attempted in a systematic way to get information about the Jews who are constantly entering the country and the number now resident here, the Jewish lobby at Washington steps in and stops it.

For more than 20 years the fight for the right of the United States Government to make a complete census of the people has been going on, and for the same period the Jewish lobby at the Capitol has been strong enough to win.

The alarming increase in Jewish immigration at the present time has brought the question to public attention again. For the first time in the history of the United States a national conviction is forming upon this subject. From Europe came the first news which startled this country.

The reports told of vast mobilizations of Jewish people at stated rendezvous in Europe. Great barracks were built for them. Large bodies of trained men went from the United States, under orders of Jewish secret societies here, to expedite “passport work,” as it is termed among those bodies. Immigration into the United States became a business—a strictly Jewish business.

Why is that statement made?—“a strictly Jewish business.” For this reason: there are countries in Europe from which today no Gentile can be admitted to the United States. From Germany, from Russia, from Poland, it is with the utmost difficulty that even one person can be won permission to enter this country.

But Jews from Poland, Germany, and Russia by the thousands come in most freely, in utter disregard of the laws, in open contempt of the health regulations—a strictly Jewish business of getting another million Jews into the United States. It is like moving an army, which having done duty in Europe for the subjugation of that continent, is now being transferred to America.

When the conditions overseas were made known in this country and it became apparent that Jewish societies in the United States were the principal aids in this stampede to America, the newspapers for the first time in American history began to comment on a Jewish Question in tones of alarm. This in itself is an indication that the facts are becoming too challenging to be longer ignored.

Even the ordinary immigration officials, who for years have watched the human stream as it flowed over Ellis Island, have this year been startled into attention and action by the sharp change that has come in the character of the stream. And what has startled them?

First, it is composed almost entirely of Jews. Real Ukranians, real Russians, real Germans cannot come in. But Jews can come from anywhere, and are coming from almost everywhere. Why this special privilege?—is being asked.

Second, they do not come as refugees, as people fleeing from hunger and persecution: they come as if they own the country. They arrive as special guests. As on the other side the passport business is “arranged,” so on this side the entrance business is “arranged.” The laws are set aside. Health regulations are ignored.

Why should they not behave as if they own the United States? They see officials of Jewish secret societies override officials of the United States Immigration Bureau. Their first glimpse of life here shows a Jewish control as potent and complete as it is in Russia. No wonder then that they literally beat down the walls and gates with all the éclat of a victorious invasion. Is not this America—“The Jews’ Country,” as it is called in the smaller nations of Europe?

Third, there is a perfect organization which overcomes the numerous objections which arise against admission of known revolutionary Jews. European Jews are potential revolutionists. They are the revolutionists of Italy, Germany, Russia and Poland today. They are the Red and I.W.W. leaders of the United States today. When one man whose record is known presents himself at Ellis Island—and of course he is one in a thousand whose records are not known—he is held up.

Immediately there start across the country telegrams to Congressmen, editors, state and municipal officials telling them in peremptory tones to “get busy” in behalf of Mr. So-and-So who is detained at Ellis Island. And the same day there start back to Washington telegrams from Congressmen, editors and others of influence, insisting on the spotless character of Mr. So-and-So and demanding his immediate admittance into the United States. Sometimes also the Russian embassy—so-called—is used in this work.

It is an invasion—nothing but an invasion; and it is helped by influences within the United States. It is thinly cloaked with sentiment—“these people are fleeing from persecution.” It is cleverly assisted by photographs showing groups of forlorn looking women and children—never by photographs showing the groups of husky young revolutionists who are just as ready to despoil the United States as they were to despoil Russia.

Today, Jewish advocacy groups are at it again, this time at the forefront of blocking the Federal government from using the U.S. Census to determine how many illegal invaders there are in America.

They don’t want White Americans to know just how much of their country has been lost to these alien invaders.

In the same way, they censor news to make sure White America does not fully understand just how many Whites are murdered, raped, and violently robbed by non-Whites and illegal aliens each and every day.

One of the Jews’ greatest fears is that White America might figure out what they are doing and take matters into their own hands — and take their country back — which is why they have and obsession to micro-manage and control every aspect of our society.

In 1920, if Americans knew that over 3 million Jews had flooded into this country, they would have been utterly horrified and demanded that they be deported en masse.

This massive tsunami of Jewish immigration was the beginning of the end of America as the Founding Fathers had envisioned it — no longer would America belong to their literal “posterity” — white European Christians.

Jews claim there are only “6 million” Jews in America today, but that makes sense only to Jewish Kabbalists enraptured with that “magic number” — if there were over 3 million 100 years ago, the numbers today must be absolutely staggering. 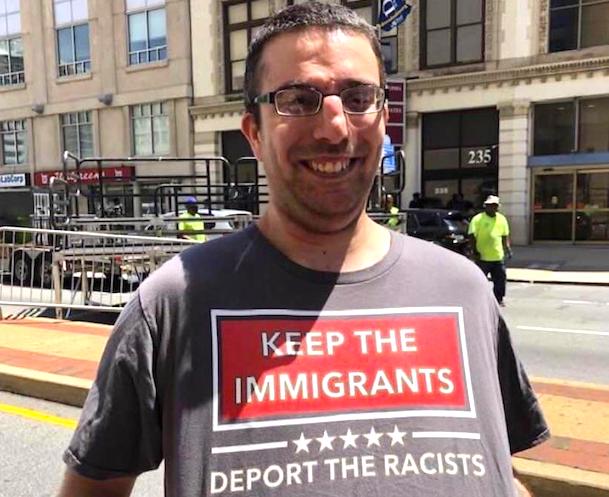