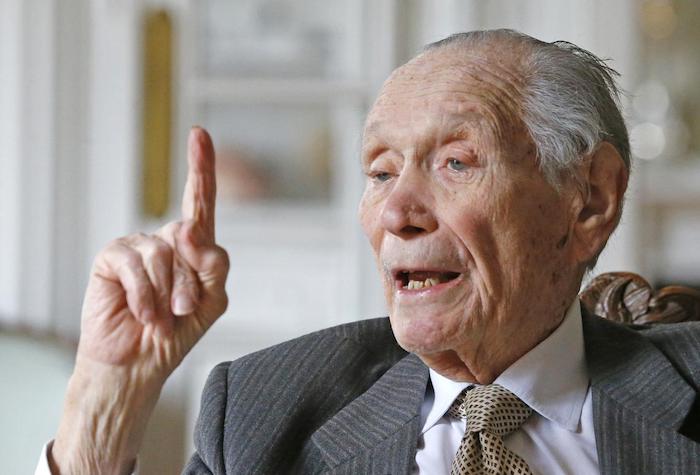 In 1980, an attempt was made on the life of John Gunther Dean, then U.S. Ambassador to Lebanon, in Beruit, an act which was blamed at the time on “right wing extemists,” but new evidence suggests that Israel was behind the incident:

John Gunther Dean, now 92, and a former American ambassador to five countries, has long maintained that Israel was behind his attempted assassination on August 28, 1980, in a suburb of Beirut, which was attributed to a rightwing Lebanese group. Dean and his wife and daughter and son-in-law were in a motorcade and narrowly escaped serious injury.

Dean said that he was targeted because he was doing something regarded as antithetical to Israel’s interest: consulting with the Palestine Liberation Organization and its head, Yasser Arafat, at a time when such contacts were the third rail in US politics. He was also outspokenly critical of Israeli attacks on Lebanon.

A new book offers backing to Dean’s claim. But while that book has been highly-publicized, the question of whether Israel attacked our ambassador has gotten no attention in the press. That is not a surprise; for Dean has asserted that the case itself was never thoroughly investigated by the U.S. government…

“Over the years Ambassador Dean has repeatedly argued that Israel was behind the August 1980 attempt on his life. In an interview for the Oral History Project in September 2000, he explained how the Lebanese Intelligence services had managed to retrieve the empty canisters of two of the light anti-tank weapons (LAWs) that had been used during the attack on his motorcade and, during raiding a house by the intersection where the assault had taken place, found 8 more. Dean collected the numbers on the 10 missiles & sent them to Washington to be traced.

“Three weeks (and one angry phone call) later, the US Ambassador finally learned ‘where the light anti-tank weapons came from, where they were shipped to, on what date, who paid for them, and when they got to their destination.’

“The LAWs had been manufactured in the US and ‘were sold and shipped to Israel in 1974.’ In this interview, Dean further states that he “did find out a great deal about this incident’ over the following years, and calls this assassination attempt ‘one of the more unsavory episodes in our Middle Eastern history’ and ends by noting that ‘our Ambassador to Israel, Sam Lewis, took up this matter with the Israeli authorities.’

“Dean concludes: ‘I know as surely as I know anything that Mossad, the Israeli intelligence agency, was somehow involved in the attack. Undoubtedly using a proxy, our ally Israel had tried to kill me.’ [Haaretz covered Dean’s claim, made in his 2009 autobiography; so did The Nation.

Just like with the intentional Israeli attack on the U.S.S. Liberty in 1967, this blatant act of war against the United States was swept under the rug because it was perpetrated by our “good friend and ally” Israel, who can do no wrong in the eyes of the shills in Washington. As Pat Buchanan once noted, Capitol Hill is “Israeli occupied territory,” so don’t expect any investigation any time soon.

Extra-judicial assassination is what the Mossad does best. Instead of trying to negotiate a settlement of a political disagreement, they simply eliminate anyone who opposes them with extreme prejudice and then blame the death on their opponents.

One would think after doing this numerable times, the world would have figured out their methods, but apparently, with the help of the complicit media, those questions are never asked.