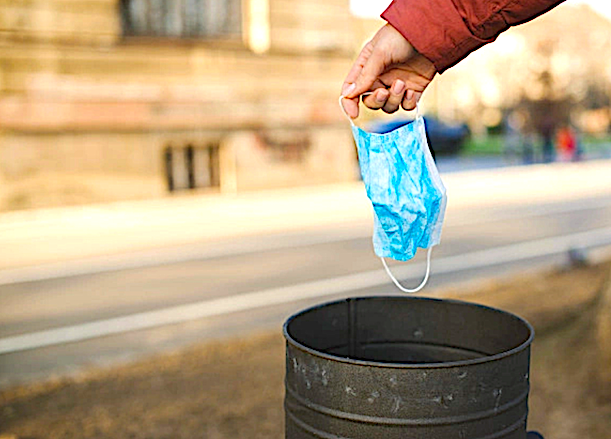 On April 27, 2003, the Sydney Morning Herald in Australia ran a story during the SARS scare, warning the public that the surgical masks they were buying to protect themselves against the SARS flu virus were essentially useless — and they threatened heavy fines against anyone making claims that the masks offered any significant protection:

Retailers who cash in on community fears about SARS by exaggerating the health benefits of surgical masks could face fines of up to $110,000.

NSW Fair Trading Minister Reba Meagher yesterday warned that distributors and traders could be prosecuted if it was suggested the masks offered unrealistic levels of protection from the disease.

“I’m sure everyone would agree that it is un-Australian to profiteer from people’s fears and anxieties,” Ms Meagher said.

“There appears to be some debate about whether surgical masks are able to minimise the effects of SARS.”

Ms Meagher said her department would investigate any complaints about false mask claims which concerned the public.

Health authorities have warned that surgical masks may not be an effective protection against the virus.

“Those masks are only effective so long as they are dry,” said Professor Yvonne Cossart of the Department of Infectious Diseases at the University of Sydney.

“As soon as they become saturated with the moisture in your breath they stop doing their job and pass on the droplets.”

Professor Cossart said that could take as little as 15 or 20 minutes, after which the mask would need to be changed. But those warnings haven’t stopped people snapping up the masks, with retailers reporting they are having trouble keeping up with demand.

John Bell from the Pharmaceutical Society of Australia, who owns a pharmacy in Woollahra, Sydney, said mask supplies were running low.

“At the moment we don’t have any because we haven’t been able to get any in the last few days,” Mr. Bell said. “In the early stages it was unbelievable; we’d get people coming in all the time.”

Mr Bell agreed with Professor Cossart’s assessment regarding the effectiveness of the masks.

“I think they’re of marginal benefit,” he said. “In a way they give some comfort to people who think they’re doing as much as they can do to prevent the infection.”

That seems to be the mentality of travellers to Asian destinations, who are buying and wearing the masks while overseas.

Rosemary Taylor, of Kirribilli, arrived in Sydney from Shanghai last week after a two-week holiday in China. Ms Taylor and travelling companion Joan Switzer had worn the masks during the trip home, even though they had been warned they were of little value.

“We were told you need 16 layers on your mask for it to offer 95 per cent protection,” Ms Taylor said.

Apparently, the major social media outlets are banning this story — but they needn’ t worry — this reality check wouldn’t deter committed mask believers in the least.

The government knows these masks don’t protect anyone from anything — but they were never meant to.

But they do make it easy for the government to keep track of who is — and who is not — obeying.

They protect the government from the people — by keeping the public in a state of fear and subjection — and turning the public against each other rather than against their real oppressors.

And people proudly wear the masks as a virtuous sign that they are willing to sacrifice for the benefit of others –I’m doing for you.

In reality, wearing a mask is proof of only one thing — that the person wearing it watches television and believes what they are seeing and hearing — a very reassuring idea for those who are planning to destroy you.

People who wear these masks have been bound and shackled without anyone even laying a hand on them.

The government want us to live like veal — so that we remain timid and weak before we are slaughtered. 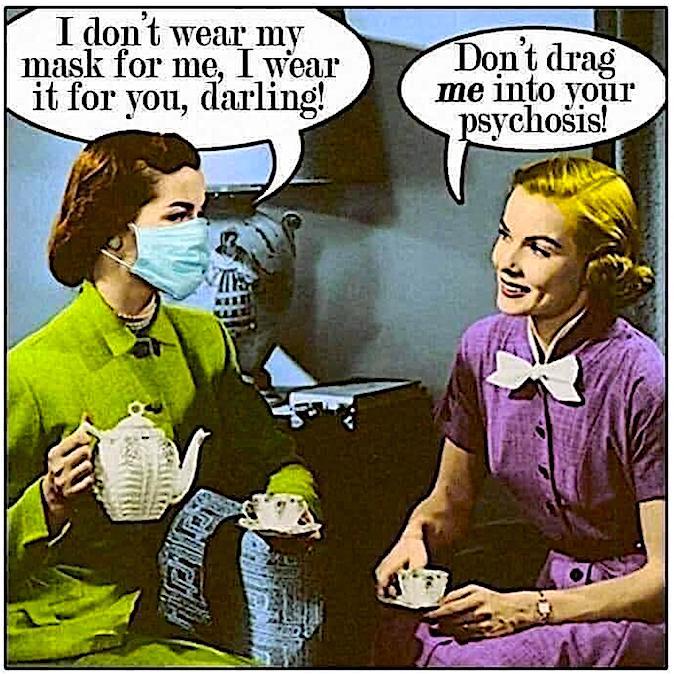 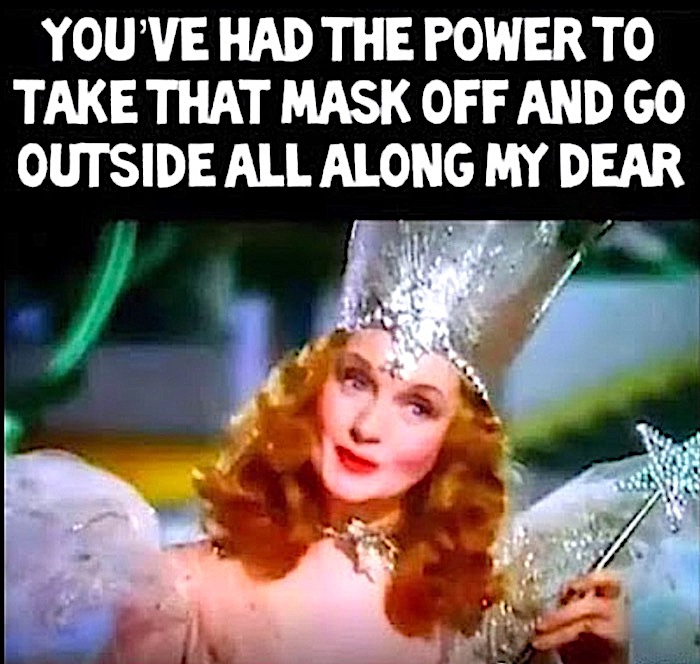 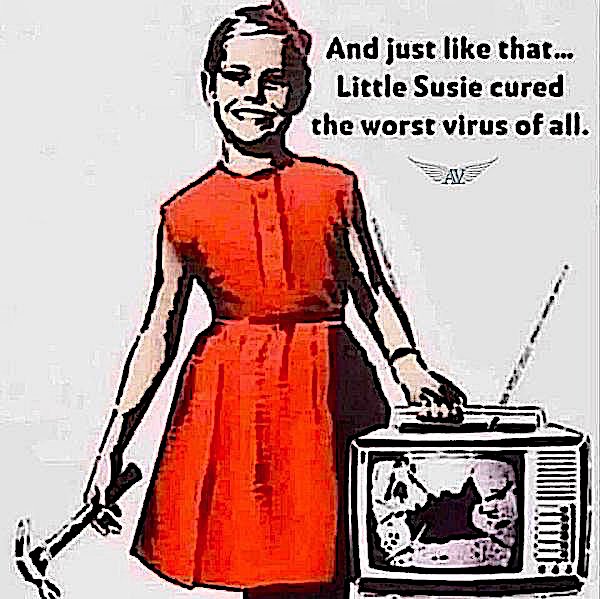