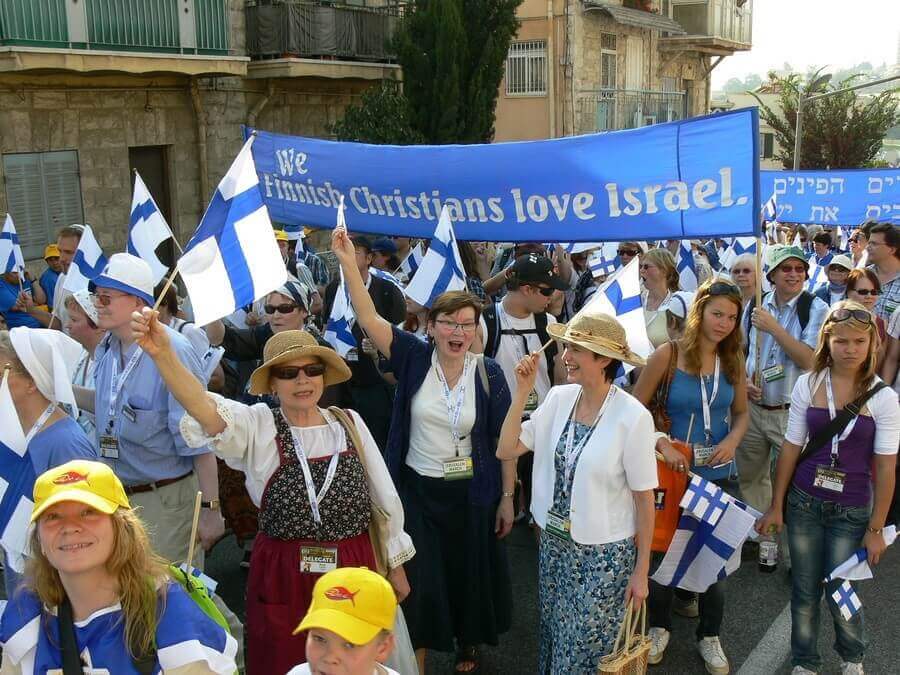 From within the ranks of Judeo-Christianity, we revisit Catholic criticism of her Protestant “daughters” from 2006:

The Vatican’s envoy in the Holy Land and bishops from three other churches have launched a rare joint attack on the Christian Zionist movement, accusing it of promoting “racial exclusivity and perpetual war.”

Christian Zionists form a growing part of the pro-Israel lobby in the United States, the Jewish state’s main ally. They believe the return of Jews to the Holy Land and establishment of Israel are proof of God’s promises to biblical patriarchs.

Churches in the Middle East often appear closer to the Palestinians, whose Christian minority makes up a substantial portion of their clergy in the region.

The “Jerusalem Declaration on Christian Zionism” was signed by Latin Patriarch Michel Sabbah, a Palestinian, and by bishops of the Catholic, Anglican/Episcopal, Evangelical Lutheran and Syrian Orthodox Churches in Jerusalem.

Many Christian Zionists are evangelical Protestants, and the declaration is a sign of a growing struggle between the groups.

“The Christian Zionist programme provides a world view where the Gospel is identified with the ideology of empire, colonialism and militarism,” said the declaration, accusing Christian Zionists of hurting hopes for Middle East peace.

“We reject the teachings of Christian Zionism that facilitate and support these policies as they advance racial exclusivity and perpetual war,” the declaration added.

The three main Christian Zionist groups in Jerusalem said in a statement that they were concerned at the declaration’s “inflammatory language” and that it was far from the truth.

Christian Zionists stress Christianity’s Jewish roots. Some back the movement to settle the occupied West Bank, the cradle of Jewish civilization, which Palestinians want as part of an independent state.

Christian Zionism was financed and promoted from its very beginnings by rich and powerful Jews, most notably Samuel Untermyer, who used Cyrus Scofield as a “gentile” frontman to re-write the Bible to include completely fabricated justifications for the jewish takeover of the land of Palestine.

Jews then encouraged Christians to falsely believe that Christ would not return until “the Jews” return to their “ancestral home” of Israel, and Christians have been fooled into supporting this apostate rogue nation ever since.