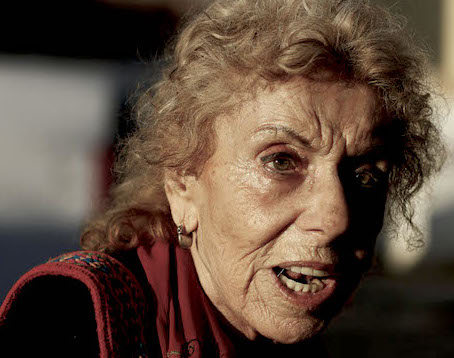 In 2002, jewish news commentator Amy Goodman, on her show Democracy Now, interviewed former Israeli Member of the Knesset and Education Minister, Shulamit Aloni, who admitted that Zionist Jews cynically invoke the Holocaust and ‘antisemitism’ to silence their critics:

Amy Goodman:  Yours is a voice of criticism we don’t often hear in the United States. Often when there is dissent expressed in the United States against policies of the Israeli government, people here are called antisemitic. What is your response to that as an Israeli Jew?

Shulamit Aloni:  Well, it’s a trick. We always use it when from Europe somebody’s criticizing Israel, then we bring up the Holocaust.  When in this country people are criticizing Israel, then they are ‘antisemitic’.  And the organization is strong and has a lot of money.  And the ties between Israel and the American Jewish Establishment are very strong, and they’re strong in this country, as you know. They have power, which is okay.  They are talented people powerful, and they have money and media and other things.  And their attitude is ‘Israel, my country right or wrong.’  The identification.  And they are not ready to hear criticism.  And it’s very easy to blame people who criticize certain acts of the Israeli government as antisemitic, and to bring up the Holocaust and the suffering of the jewish people, and that’s to justify everything we do to the Palestinians.

Of course, it isn’t just Israeli Jews who use this trick: all Jews who are caught with their hands in the proverbial cookie jar use the same “trick”.  Criticize a Jew anywhere for any reason, and your motivation is automatically assumed to be motivated only by an irrational hatred of Jews.

We are told no one could possibly criticize jewish behavior for any other reason except that they want to round up Jews and put them in some sort of ‘gas oven’ or something.

This is also why maintaining the official narrative of the so-called Holocaust is of utmost importance: it gives all Jews, regardless of age or location, the moral “high ground” so that no matter what they are accused of, their defense is “You want to kill Jews, not just criticize them.  Admit it.”

No other people on the face of the earth has such a powerful “Get Out of Jail Free Card”, and that is why they have used their substantial power to make questioning their version of WWII illegal in many countries.  When they protect the memory of the alleged Holocaust victims, they insulate themselves from any criticism no matter how justified.