Flashback: Jewish Author Explains Why Judaism Is A Threat to All Living Things 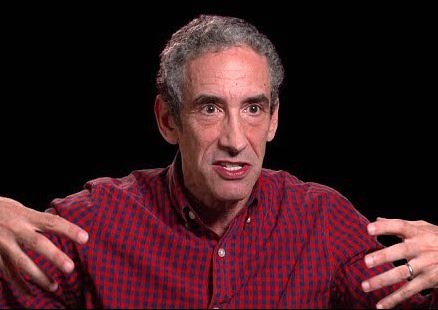 During an interview to promote his book Nothing Sacred: The Truth About Judaism, jewish author Douglas Rushkoff, in a rare moment of candor, revealed the intentionally destructive nature of Judaism:

The thing that makes Judaism dangerous to everybody — to every race, every nation, to every idea — is that we smash things that aren’t true.  We don’t believe in the boundaries of nation-states.  We don’t believe in the idea of these individuals gods that protect individual groups of people.  These are all artificial constructions, and Judaism really teaches us to see that.  In a sense our detractors have us right in that we are a corrosive force.  We are breaking down the false gods of all nations and all people because they are not real, and that’s very upsetting to people.

The greatest mistake anyone could make would be to leave it up to Jews to decide what is and is not true — the same people that claimed 6 Million Jews died in World War II when there weren’t even that many Jews in Europe.

Make no mistake, Jews like Rushkoff believe that Christianity is a form of idolatry and that its practitioners — according to Jewish Noahide Laws — can be put to death — literally.

This explains why Jews have been trying to undermine and destroy Christianity from its very beginnings and has continued for the last 2,000 years.

In fact, some contend that the Hebrew word they use for Christ — “Yeshua” — means “may his name be blotted out” — think about that they next time you hear a Jewish pundit on television talking about the separation of “church and state.”

And Rushkoff openly admits that Jews are working to destroy our international borders — so when President Trump complains that he can’t get the border wall built, you’ll know why.

The only country that is allowed to protect its borders is Israel because the Jews convinced us that 6 million of them were killed in WWII.

Apparently, worshiping Jews is not a form of idolatry.