Flashback: Rabbi Explains Why Jews Should ‘Rejoice’ Over Islamification of Europe 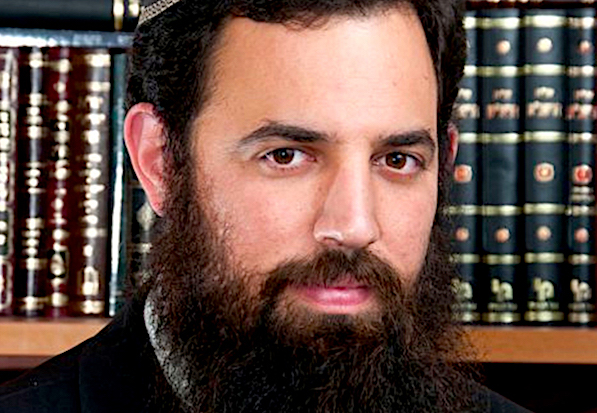 (Ynet News)  Rabbi Baruch Efrati, a yeshiva head and community rabbi in the West Bank settlement of Efrat, believes that the Islamization of Europe is actually a good thing for Jews:

“With the help of God, the gentiles there will adopt a healthier life with a lot of modesty and integrity, and not like the hypocritical Christianity which appears pure but is fundamentally corrupt,” he explained.

Rabbi Efrati was asked to discuss the issue by an oriental studies student, who inquired on Judaism’s stand toward the process Europe has been going through in recent years.

Following the election of a hijab-wearing Muslim woman as the mayor of the Bosnian city of Visoko for the first time in continent’s history, the student asked the rabbi on the Kipa website: “How do we fight the Islamization of Europe and return it to the hands of Christians and moderates?”

Efrati wrote in response that the Islamization of Europe was better than a Christian Europe for ethical and theological reasons – as a punishment against Christians for persecuting the Jews and the fact that Christianity, as opposed to Islam, is considered “idolatry” from a halachic point of view.

“Jews should rejoice at the fact that Christian Europe is losing its identity as a punishment for what it did to us for the hundreds of years were in exile there,” the rabbi explained as the ethical reason for favoring Muslims, quoting shocking descriptions from the Rishonim literature (written by leading rabbis who lived during the 11th to 15th centuries) about pogroms and mass murders committed by Christians against Jews.

“We will never forgive Europe’s Christians for slaughtering millions of our children, women and elderly… Not just in the recent Holocaust, but throughout the generations, in a consistent manner which characterizes all factions of hypocritical Christianity…

“A now, Europe is losing its identity in favor of another people and another religion, and there will be no remnants and survivors from the impurity of Christianity, which shed a lot of blood it won’t be able to atone for.”

The theological reason, according to Rabbi Efrati, is that Christianity – which he sees as idolatry – has a tendency to “destroy normal life and abstain from it on the one hand, while losing modesty on the other hand,” as it “ranges between radical monasticism to radical Western licentiousness.”

Islam, the rabbi added, is “a religion which misjudges its prophets but is relatively honest. It educates a bit more for a stable life of marriage and creation, where there is certain modesty and respect for God.”

Efrati ruled, therefore, that “even if we are in a major war with the region’s Arabs over the Land of Israel, Islam is still much better as a gentile culture than Christianity.”

He added, however, that Jews must pray that the Islamization of most of Europe will not harm the people of Israel.

How do Christian Zionists, who rabidly support Israel and the jewish people, explain away this visceral Jewish hostility not only toward all Christians but also toward the entire White European race?

This is an open call for genocide coming from a people whose ancestors committed deicide against the prophecized Christ, yet they want us to feel as if we deserve this attack on our culture and race because of some vague mistreatment of Jews in the mists of time.

The Jews created Islam for the illiterate, moon-worshipping desert nomads 1,500 years ago as a way of mobilizing these Arab people against the White Christian power of the Byzantine Empire, and then against Christian Europe after that.

Their game plan has not changed, but this time around, they’ve made the Muslim invasion of the West “legal” within the societies that they’ve worked hard to subvert.

Of course, bringing “antisemitic” Muslims into Europe puts Jews at risk in those countries, but that’s a small price to pay if they can finally bring down all of Christendom in the process.