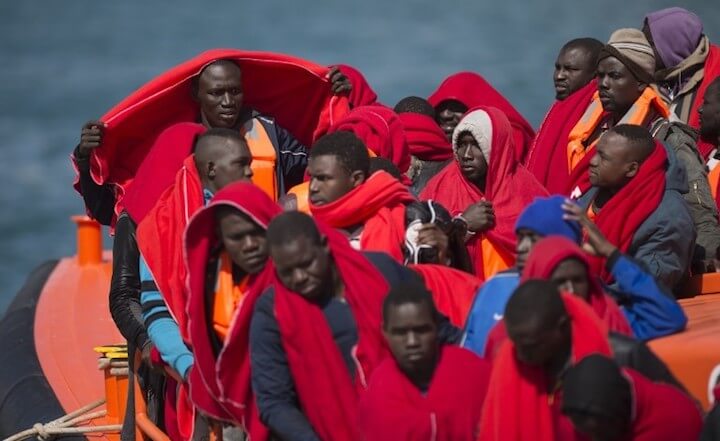 “We’re trivialising the word ‘mass’,” he told reporters after talks in Madrid with his Jordanian counterpart Ayman Safadi.

Close to 21,000 migrants have arrived in Spain by sea since the beginning of the year and 304 died in the attempt, the International Organization for Migration says.

The Libya-Italy Mediterranean route, which was the main one until recently, has dwindled by 80 percent while Spain has now become the main destination for migrants trying to reach Europe.

But he said it was all relative, and “600 people is not massive compared to 1.3 million” Syrian refugees currently in Jordan.

“We’re talking about 20,000 (migrants) so far this year for a country of more than 40 million inhabitants,” the Socialist minister said.

“Europe’s demographic evolution shows that unless we want to gradually turn into an ageing continent, we need new blood, and it doesn’t look like this new blood is coming from our capacity to procreate.”

So blood is blood, and it doesn’t matter where it comes from – that’s the EU-Soviet’s mantra.

Europe’s aging population needs to be “supplemented” by non-Whites because of low birth rates. Europe lost over 50 million White people in World War II, and yet it somehow managed to replace those lost men – after the war, we saw an explosion in the population.

Apparently, that is no longer possible, and Europeans are not capable of sustaining themselves without the help of unskilled, lazy, criminal African migrants adding to their gene pool, so said the subversive Marxist.