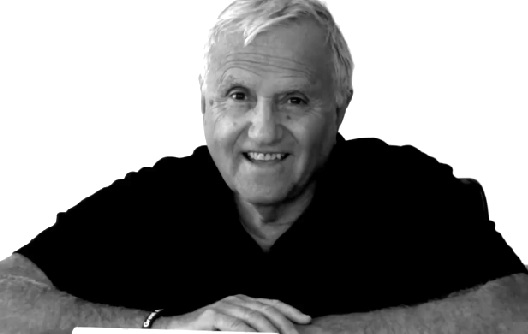 (YouTube)  Steve Pieczenik — the former Deputy Assistant Secretary of State under Henry Kissinger, Cyrus Vance and James Baker — has posted a soon-to-be censored video on YouTube in which he states unequivocally that Jeffrey Epstein’s pedophile and sex trafficking network was part of a vast Mossad “honey pot” operation to compromise world leaders and powerful public figures so as to ensure their unwavering support of Israel:

As we have previously reported here, Jeffrey Epstein has a number of obvious and undeniable connections to the “kosher” mafia and intelligence “community”, starting with his fake “girlfriend” and pimp — Ghislane Maxwell — the daughter of Jewish billionaire Mossad operative — the late Robert Maxwell, born as Ján Ludvík Hyman Binyamin Hoch into an Orthodox Jewish family in Austria-Hungary.

Donald Barr, the Jewish father of the current U.S. Attorney General, William Barr, was a member of the precursor to the C.I.A. — the Office of Strategic Services (OSS) — and helped Epstein, despite his obvious lack of qualifications, to get a job at the prestigious Dalton School in Manhattan.

It is interesting to note that Pieczenik — who is Jewish himself — claims that this Mossad “honey pot” operation goes back to the days of the false flag attack on the U.S.S. Liberty during the 7 Day War between Israel and Egypt, but it probably reaches further back than that to Israel’s well-established involvement in the JFK assassination, which cleared the way for Israel to establish its not-so-secret nuclear weapons program which had the full support of Lyndon Johnson, a die-hard Zionist.

Epstein seems to have a lot in common with another college dropout, Mark Zuckerberg, whose alleged homosexuality and desire for power, has made him an ideal tool in the well-oiled Zionist crime syndicate.

Unfortunately, after giving a credible explanation of Epstein’s Mossad connections, Pieczenik starts spouting “Q-Anon” disinformation about how Donald Trump is going after these pedophiles.  And after that, Pieczenik claims the U.S. will force Israel to make peace with the Palestinians — that will never happen.  Why?  Because Israel has compromising information on every politician who would vote for such a course of action.

And if they can’t be compromised in that way, they can be “neutralized” in other ways — such as destroying U.S. Congressman, Paul Findley’s career for writing a book highly critical of the power of the Israeli lobby in America — They Dare To Speak Out.  The New York Times admitted that Findley’s criticism of Israel cause Jewish campaign money to pour into his opponent’s coffers — and he was abruptly sent packing after years of loyal service to his district.

Pieczenik doesn’t seem to be aware of declassified C.I.A. documents that show from its very foundation, Israel has never had any intention of making peace with the Palestinians — or sharing any of the disputed land with them.

The purpose of the arrest of both Epstein and Maxwell was to convince Americans that this Israeli sting/blackmail operation — and control over our political and business leaders — is over, broken.  Far from it — Epstein and Nexium were just two of numerous players in this operation.

We have made a transcription of Pieczenik’s remarks here — until he goes off the rails the with Q-Anon and forcing Israel to make peace with the Palestinians.

“I want to talk about the Epstein pedophilia ring. What it really is is a Mossad-Israeli operative ring — which goes back decades and decades — to the time where even the [USS] Liberty ship was attacked by unmarked Israeli planes during the Six Day War — and Israel said they didn’t do it. That was a lie.

The key to this Epstein problem of pedophilia is the fact that it goes back decades. Jeff Epstein was picked out by the Mossad as the proper agent of influence because — number one, he was grandiose. Two, he had some intelligence but came from a poor Jewish background — had no real education — did not speak a foreign language — and was so narcissistic that they could manipulate him up and down — and create a false front for him — which involved the fact that he had multi-million dollars — multi-billion dollars — he may have no money — it’s not relevant.

But to make sure that Jeffrey Epstein was working properly, they had an operative from the Mossad whose name Maxwell— the daughter of Robert Maxwell — one of the greatest crooks in the world who was an Israeli Mossad operative. When he died in 1991 — he was either killed or he died — he was one of the biggest contributors to Israeli national security of anybody else. So his daughter was the control operative of Jeff Epstein.

At the same time we had Nexium in New York City — which was run by a non-Jew named Reniere — but controlled by two Jewish women from the Bronfman family. And they in turn were propagating pedophilia.

Now why is pedophilia so lethal? From an intelligence point of view — from my point of view — as an intelligence operative and counter-intelligence operative — one of the most disgusting things you can do in the intelligence world is to W you up — or co-opt you — through the use of a honey trap, but not only an adult honey trap but a child. When you use a child, you pretty much terrorize that child so that you know that anybody who has gotten involved with pedophilia cannot speak out — the child can’t say anything — and it’s a legitimate way to denigrate both the operative and the problem itself — the children.

Now it goes all the way up into the Presidency — it goes into the Bush family, Bush Junior — Jeb. It goes into the Clintons — as we know, Hillary — Bill Clinton who is a pathological liar to the nth degree — to Obama who had a history of homosexuality and pedophilia….

So what the Israelis did under the tutelage of two brilliant Mossad chiefs — Halevy and Yatom — both of whom used pedophilia as a honey trap to encapsulate any one of our operatives in America.

Jeff Epstein was a willing operative — willingly was involved with pedophilia. This Israelis knew that — they created the story line — they made believe he was a billionaire.  Wexner was the theoretical back-up man to him — and ironically, he was in Bear-Stearns, which was another corrupt Jewish firm that went under along with Drexel-Burnham, another corrupt Jewish firm.

So we have a lot of corruption here that goes all the way back to 9/11 — when we had Jews like Silverstein who had the lease to the World Trade Center. We had Lowy. We had Lauder. And we had Eisenberg — all of whom were involved in the stand-down and the false flag of 9/11.

So from 9/11 on Trump understood the Israelis had been involved in our intelligence service and in compromising America. He never forgot that — and what he did was — blatantly — to turn around, and one a certain day, he decided he was going to indict every one of the Mossad operatives — as well as the Israelis — on charges of pedophilia. Not on charges of spying — because that wouldn’t work. Acosta, the Secretary of Labor, was wrecked when he said Epstein got off the prosecutors indictment in Florida because he worked in the intelligence service….