France is Israeli Mossad’s “Playground” and “Center of International Activity” 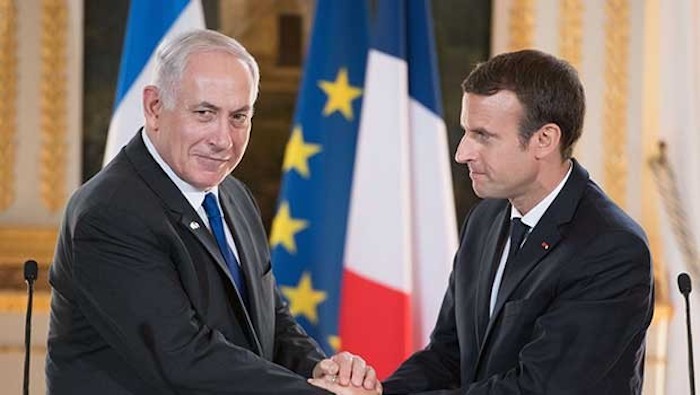 Senior French intelligence sources are now openly admitting the extent to which Mossad runs the show in France:

The French capital has become the key “center of international activity” for Israel’s infamous Mossad, according to an article published this week in leading national newspaper Le Monde, which cites senior French intelligence officials.

An unnamed intelligence source quoted throughout the article concisely and strikingly sums up the extent of Mossad’s Parisian penetration — “the city is Mossad’s playground”, in which they are “conducting themselves with great aggression”.

“Our ability to react to their actions is limited. They are rushing to play the diplomatic card and filing a complaint to the office of the Prime Minister and the French president. The French are not able to prevent certain Jews in France from providing help in planning and logistics. France’s hands are tied…[we have] many issues in common with Israel,” the anonymous source despaired.

One key Mossad operation apparently planned and launched from “an improvised operations room equipped with computers and encoded phones” in Bercy, Paris was the controversial 2010 assassination of Hamas chief Mahmoud Al-Mabhouh in January 2010, according to Le Monde — it was previously thought Austria had been used as the group’s informal headquarters.

Of course, this article seems to suggest that the Mossad’s presence in France is somehow beneficial to the country — by monitoring Muslim “extremists”.

What it fails to mention, for example, is the Mossad’s involvement in the assassination attempt on Charles DeGaule, or how the Mossad recruited the gunmen for the JFK hit from among the French Corsicans in Marseille, as Michael Collins Piper documented in his book “Final Judgment”.

Either way, it is remarkable that the Mossad can openly operate within France, and there is absolutely nothing the French authorities can — or will — do about it.