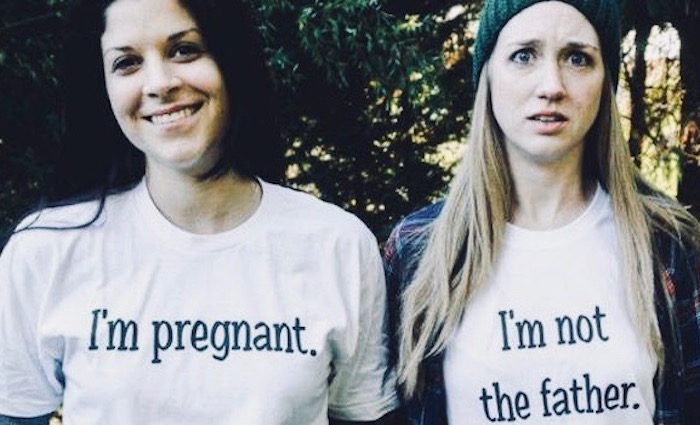 France is about to extend eligibility for State-sponsored medical coverage for “reproductive assistance” to gay and lesbian couples:

Equal access to medically assisted reproduction has been a hot-button issue in France ever since the country legalised same-sex marriage and adoption in 2013. Under the current law, technologies such as in vitro fertilisation (IVF) and artificial insemination are restricted to heterosexual couples and surrogacy is illegal.

Single women and lesbian couples who want to freeze their eggs or undergo other forms of fertility treatment are often forced to seek medical assistance in nearby countries such as Spain and Belgium, which have less restrictive laws. Such trips are often prohibitively expensive and don’t always end in success.

But all this could soon change. The government of French President Emmanuel Macron, who campaigned partly on the promise to legalise medically assisted reproduction for all women, is expected to present a bill to parliament by the end of the year.

In its report the CCNE recommended, but said it “does not encourage”, freezing eggs “as a precaution for all women who so desire, after seeking a medical opinion (the only restrictions being minimal and maximum age)”.

It added that “artificial insemination should be available to all women” regardless of relationship status or sexual orientation, reasoning that the inability to have children constituted a real “hardship”.

However, it upheld the country’s current policy on surrogacy, ruling that the practice is unethical no matter the “motivation”, medical or otherwise.

Although the CCNE’s ruling is largely advisory, it is expected to help shape the debate in parliament and signifies a major shift in attitude towards medically assisted reproduction.

According to a recent study by IFOP for the Catholic newspaper La Croix, 60 percent of French people support expanding the law to include single women and lesbian couples, as opposed to just 24 percent in 1990.

But despite growing support for equal access to medically assisted reproduction, the issue still faces staunch opposition from the country’s conservative and religious groups.

In Vitro fertilization, of course, was always intended to help normal heterosexual couples who had trouble getting pregnant, so this new law makes a mockery of not only the intent of the procedure, but it also mocks legitimate married couples who are struggling to have a family of their own.  But that’s exactly what these nation wreckers do best: mock everything upon which Christendom was founded.

And no doubt, this new law will open the door for “trans” couples to get State-sponsored “pregnancy” assistance, which is the “right” thing to do because, well, everybody in France is officially “equal” under its strict adherence to cultural marxism.

France beheaded their Christian king and queen over 200 years ago, and ever since then they’ve been ruled over by jewish bankers, like the Rothschilds, whose sole desire is to turn the French people into mixed-race, money-worshipping, gender-neutral socialist slaves.