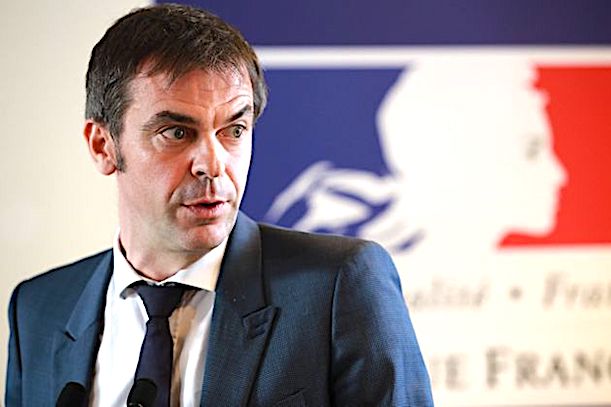 With some 7,000 COVID-19 patients still in ICU while France remains in a complete lockdown, its ‘Health’ Minister seems more concerned about “feedback” he’s received “showing that there is an alarming decrease in abortion procedures:”

Olivier Véran, the Minister for Solidarities and Health, was asked April 1 in the French Senate to clarify whether measures would be taken to facilitate access to “voluntary interruption of pregnancy,” as it is called in the country.

“It is out of the question that the COVID-19 epidemic should limit the right to abortion in our country,” he told members of the National Assembly. “A number of measures are being assessed and will be implemented as soon as possible.”

“Firstly, medical abortions must be encouraged and made easier, while at the same time guaranteeing free choice,” added Véran. In France, women have a choice between surgical and chemical abortion, the latter now accounting for about two-thirds of “terminations.”

Up to five weeks’ gestation, chemical abortions are completed at home after the woman has swallowed abortion pills in the presence of a doctor or midwife. Between five and seven weeks, the abortion must take place in a hospital environment. From seven to 12 weeks’ gestation, the legal limit for elective abortion, only surgical procedures are available.

Among the measures Véran offered to put in place was to allow women to resort to tele-consultations both for their first medical consultation before the abortion takes place and for the follow-up consultation once it has been completed. He also said he was “not opposed in principle” to the idea of allowing chemical abortions take place up to nine weeks’ gestation.

At a time when so many hospitals have reduced or cancelled surgery and other medical procedures because of the coronavirus epidemic, he also told the French Senate that he had already “asked all teams to maintain the availability of surgical abortion.” The procedure has been listed as making part of “emergency care” during the COVID-19 crisis.

…Rossignol complained to the media that due to the crisis, a certain number of women are finding themselves beyond the time limit for legal abortion without the possibility of traveling to Spain or the Netherlands, where the procedure is performed up to 20-24 weeks. “What will they do now that the borders are closed?” she asked.

While this so-called ‘Health’ Minister is busy trying to allegedly minimize the number of deaths from COVID-19, he’s also not neglecting to make sure that the abortion factories are killing as many unborn babies as possible.

Why is the prospect that more children might be born so ‘alarming’ to anyone?  Aren’t we told that the White French population is aging and need to be replaced by Third World migrants?

A drop in abortions could make that population scam unnecessary — is that what’s so ‘alarming’?

Perhaps they will just have to start allowing partial birth abortions for women who have been ‘unfairly’ delayed by the quarantines to get their constitutionally-guaranteed, state-funded abortions in a more timely manner.

After all, there’s nothing more ‘inhumane’ and ‘misogynistic’ than forcing a women to give birth to a baby that could otherwise be aborted.