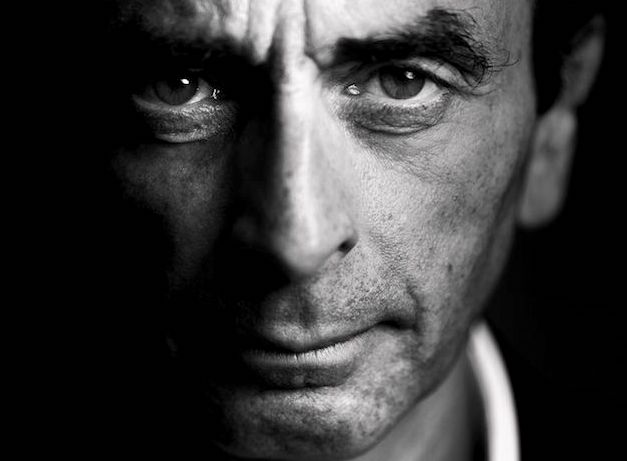 Eric Zemmour, an Algerian Jew and political journalist in France, has come out with a serious critique of the unrestricted Third World invasion, laying the blame at the feet of ‘Christian universalists“:

There also the same way, you know very well that in all the traditional civilizations the demographics, the births, are God’s gift, and power is supported by the power of numbers. Well, there we are. And we have today, simply, a civilization which is at war with us, a civilizational war, by three means, which I call the triptych: Invasion, Colonization, Conflagration.

The Invasion, simply, you have still before your astounded eyes, those who are being euphemistically called “migrants”. “Migrants”, or “refugees” or… voilà. From the moment that there are millions of people who want to come in our country without asking us our opinion, it’s called INVASION, it’s not called MIGRATION.

In French it has a name: invasion. Meaning that today we are countries, European countries, which have — in a very excessive way — opened their doors, opened their borders. We no longer have any borders, we have “sieve-borders”, we have an ideology which forbids borders, which forbids… which — in the name of economic progress, in the name of the freedom of exchange — forbids and considerably limits the borders.

Well, we have a huge population that is storming our borders. In order to give you an idea of what’s at stake demographically: In Africa there were 500 million inhabitants, in the ’60s. Now there are a billion. And in 2050, meaning tomorrow, there will be two billion. So, it suffices that ten percent of those two billion arrive in our country and it’s an unheard-of demographic tilt.

It’s very simple: For the reasons — at the same time — philosophical, ideological, and economic. For ideological reasons in the name of a sort of adulterated universalism, you know the famous quote from Chesterton: “The [modern] world is full of [the old] Christian virtues gone mad.”  There you have it.

Christian universalism has gone completely rogue, by a universalism gone mad, which thinks that every human is an individual with no roots, and that man is reduced to the condition of consumer. So he can be from any culture of any race, any origin; it doesn’t matter, as long as he is consuming Nike. Voilà.

This is the universalism of consumers. And then you have the economic interest, meaning that today the economic organization of the world relies on large cities, large metropolises where the winners of globalism live. And those winners of globalism, who are connected to the world, need servants. Voilà: they need servants to deliver the sushi, to bring them pizza, to babysit their children, to work in the restaurants, to work everywhere in the large cities.

And the servants, you know, the old European peoples: French, English, they don’t want to. They don’t want to; they decide that they don’t feel like working in this profession, they consider that they aren’t paid enough and so on. Therefore there has been an entire organized action, for the last twenty years, for the purpose of getting rid of those original peoples, who don’t want to perform the job they are asked to do, and to replace them with a population arriving from the south, and which is dreaming to do just that.

You know, I like very much quoting a sentence of Engels, a great friend of Marx, who said that after a certain number the quantity becomes quality. This sentence is absolutely splendid, and I say it without sarcasm, because it’s exactly what is happening to us. In the French banlieues, from a certain number, quantity became quality. Meaning that the assimilation happened INVERSELY.

So this is what I call the second part, meaning the colonization. From a certain point, you have in the neighborhoods, districts, in the cities a civilizational tilt, which is happening totally naturally by the numbers. Starting at a certain point you assimilate to the more numerous, stronger group, or else you leave. Or you leave, you go further, it’s the famous “peripheral France”.

Zemmour appears to have the jewish knack for sounding “intellectual” without saying anything of substance at all.  Jews are replacing White Europeans, and Zemmour, who up until recently was staunchly pro-immigration, is blaming the victim.

What a sad day it is when the French people sit idly by while an Algerian Jew has to explain to them that their country is being invaded and destroyed.  But if a French person were to say what Zemmour said, they’d be called a “racist” and “xenophobe” — and charged with a “hate crime”.

Jews like Zemmour can say whatever they want because they are a protected minority.

And now that the Jews have flooded France with Arab antisemites, it’s time to roll out the “conservative” Jews to lead the “anti-immigration” pushback and make sure blame is never laid at the feet of the Jews.

Sure, so-called “universalist Christians” certainly have not been much help in stemming the flow of migrants into Europe, but Zemmour fails to mention that it was leftist Jews like himself who infiltrated the Christian churches and pushed open borders.

In Soviet parlance, the Christian pastors became “useful idiots” who promoted the jewish agenda, thinking it was “Christian” to do so.

And Christianity was infected with Judaizing universalists from its beginnings.

But at the end of the day, it was the Jews in Europe who have been pushing for open borders, and now, it seems, they are leading the charge to close the borders, blame the goyim, and “save” Europe.