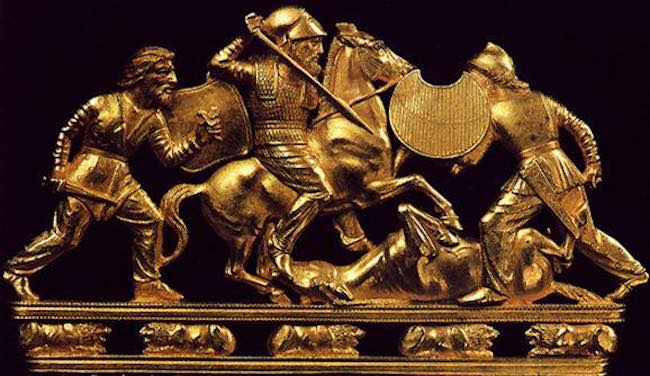 In the West, it is taken as historical fact that Genghis Khan and the Mongol invaders of Europe from the East were racial Asians. However, the notion that they were Asian didn’t arise until the 18th Century in western Europe–the Russians themselves never believed it, and there is no evidence whatsoever that the Mongolian people themselves ever believed it.

Dr. Matthew Raphael Johnson has done a recent podcast where he goes into fascinating detail debunking this long-held legend.  While there certainly are a small number of Europeans with some asiatic admixture, it did not come from this mythic Mongol invasion.

You can listen to this fascinating lecture here on archive.org and also embedded below. He begins talking about the Mongol Myth at about 27:00 into the podcast.

Update: the podcast appears to have been removed, but here is a video:

Here is the same recording from the video above, but in MP3 format:

And a similar video: