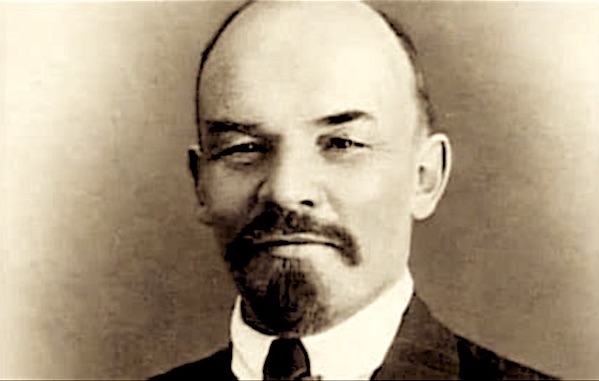 The administrative court in Gelsenkirchen, Germany, lifted city orders to halt construction, allowing the Marxist-Leninist Party of Germany (MLPD) as owner of a city land plot to proceed with erecting its statue of Vladimir Lenin, the Bolshevik leader who led the bloody 1917 jewish-financed armed invasion of Russia which was sold to the public as a grass roots ‘revolution’:

But judges said the architectural objection and controversy over Lenin’s historical role were irrelevant because the statue would be placed more than 10 meters away. The MLPD could proceed from March 14, they said.

Objectors can still submit via rapid application an appeal to a higher court.

A member of Germany’s national parliament, Marco Buschmann, a Gelsenkirchen local with the opposition business-friendly Free Democrats (FDP), was highly critical of the plan.

“A Lenin statue would be a disgrace for Gelsenkirchen,” Buschmann wrote on Twitter. “Lenin stands for mass murder and totalitarianism. Anyone who wants to erect a Lenin statue should ask themselves whether they are still grounded in liberal democratic principles or not.”

Jewish historians tried to ignore Lenin’s jewish background, but when it became impossible to avoid it any longer, they begrudgingly admit it, but then claimed Lenin himself ‘wasn’t aware’ that he was a Jew.

As if he wouldn’t know just by looking in the mirror.

Lenin, like Trotsky, was chosen by the jewish bankers who bankrolled the revolution because he was a Jew.  A White Christian would never have had the stomach to order the deaths of tens of millions of fellow White Christians in the ensuing genocide.

And now Lenin’s ideological and ethnic descendants are firmly entrenched in power in defeated Germany, and they have no intention of taking their boot heel off the back of the Germans’ necks.

After the end of WWII, the conquering jewish Bolsheviks offered the vanquished Germans sexual liberation, abortion, and atheism as a remedy for their ‘Nazi’ proclivities.

In the wake of the Revolution, Lenin ordered many churches converted into barns and warehouses if not simply burned to the ground.

In Germany today, a similar fate awaits the churches as they are converted into gay bars, mosques, and refugee housing facilities.

Within two generations, when the Kalergi Plan comes to fruition, the atheistic demoralized Germans will race mix themselves into oblivion in hopes that, once and for all, they can finally convince their jewish overlords that they are not ‘racists’.

Or they, as a people, can turn back to Christ and survive.