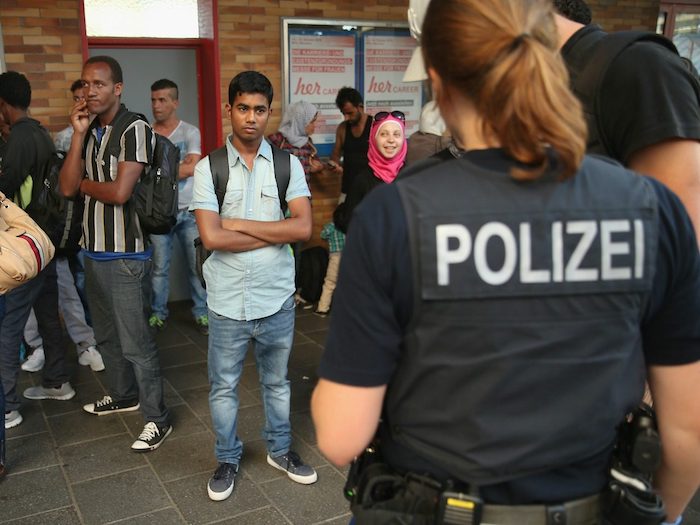 When a German mother posted a picture on Facebook of the Black man who sexually attacked her 12 year old daughter, the police censored the picture to protect the privacy of the criminal:

Her post was soon shared thousands of times containing pictures of a black man. The post did not go into further detail other than asking if people knew this man.

The man supposedly sexually molested her daughter on a train from Freiburg to Schiengen on Sunday. A police spokesperson confirmed the incident and that further steps will be taken.

The police gave reasons of protecting the victim and the ongoing investigation not to elaborate further. On Monday morning the police posted a strongly censored picture of the original post with lettering reading: “Not like this!”

The police further stated that the release of picture without the consent of the pictured person is a crime and will be prosecuted. The public search with a picture is in the authority of police only through a court order.

Voices claiming the police protect foreign criminals will only be amplified by the police statement, which ended by stating that even sharing the post could constitute a release of the pictures and could therefore be considered a crime.

It must be comforting to violent criminals to know that they have the right to not have their pictures distributed publicly without their consent in New Germany, even if they are in the country illegally.  In Germany, migrant criminals will soon have the right not to be filmed by video surveillance cameras without their consent.  Showing video to the public of a migrant in the act of a violent crime might incite racial violence, and that is “undemocratic” in Germany.

Only a racist would post the picture of a Black or Arab rape suspect online, and only a racist would even notice that their attacker was Black or Arab.  The proof that a rape victim is not racist is the fact that she is unable to identify her rapist if he is Black.  In New Germany, it is a far worse crime for a White woman to be accused of racism than it is to be raped by a migrant.  After all, it is hypocritical for Germans to welcome migrants into their country and then make them feel unwelcome by accusing them of rape.