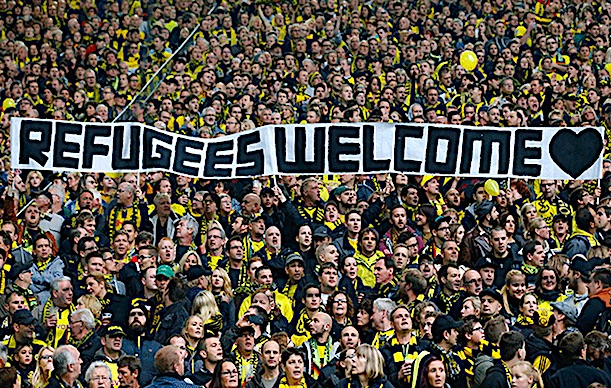 Last week, Germany closed its land borders to all foreign citizens except for those providing essential services coming from France, Luxembourg, and Switzerland in an effort to slow the spread of the coronavirus; however, the German Ministry of the Interior has confirmed that “asylum-seekers” are still welcome in Germany in spite of the ban, according to a report by Junge Freiheit:

In practice, this means that if a migrant were to illegally enter the European Union’s Schengen Zone via Italy or Greece and make it to France or Switzerland, he can still demand asylum in Germany, and thus must be allowed to traverse these countries so that he can formally request it on German territory.

“At Germany’s EU external borders [airports and seaports], there has been no change in the [asylum] procedure,” a representative of the Ministry of the Interior told Junge Freiheit. When asked if this also applies to Germany’s internal Schengen borders, she confirmed that this was also the case there.

In practice, this suggests that the German government feels that citizens of other European countries are dangerous because they might spread the coronavirus; migrants, on the other hand, apparently pose no such risk in their eyes as long as they remember to use the word “asylum.”

Germany’s stance on this is inexplicable, especially given that even as things stand within Germany as it is, migrants currently being held in German facilities are balking at being asked to follow coronavirus restrictions and have been attacking police and center personnel in response, in at least one case even flying an ISIS flag, as previously reported by Voice of Europe.

How does Germany fight the ‘pandemic’ but at the same time maintain its reputation as a White nation intent on committing racial suicide?

Observers in Italy have publicly admitted that political correctness — the fear of being called ‘racists’ — contributed to their inability to contain the pandemic.

Every day ethnic Germans must prove to the world that they, above all other people, are not ‘racists’ or ‘antisemites’ who believe that the German people should be allowed to have a country of their own — such ideas could lead to ‘genocide’.

And so if these migrant invaders help spread the COVID-19 virus across Germany like wildfire, then we must believe that Germany ‘deserved’ it for the ‘sins’ they committed during World War II.

Not to be outdone by Germany, ultra-liberal Denmark and Norway also want to make sure that Third World invaders are still welcome despite their borders being ‘closed’ to everyone else.