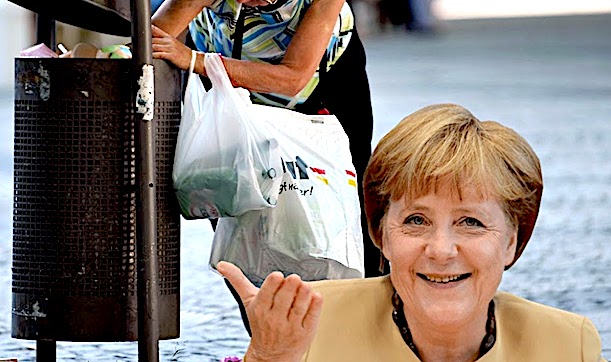 In the wake of the disastrous migrant invasion, the tax burden on German pensioners has increased five-fold within ten years in some cases, according to figures released by the Finance Ministry on Wednesday:

The figures were released on Wednesday, as part of an inquiry submitted to the Federal Ministry of Finance by Die Linke.

Why is there an increase?

The sharp increase is due to a change which was introduced in 2005. Until then, a tax-free allowance of 50 percent of the pension was permitted.

Since then, the tax rate on pensions has risen by two percentage points annually.…

There is currently a push around Germany to raise the pension age to 69, up from 67, in light of rising lifespans.

There is no explanation given for this increase, of course, besides the fact that there was a “change” made.  Soon Germans will be told that it’s always been this way.

Germany already had a huge welfare problem prior to the migrant invasion of the last 5 years, with the burden of supporting and sustaining this welfare Ponzi Scheme falling squarely on the shoulders of the ethnic Germans who worked their entire lives and will now see their pensions redistributed to support 80% of the unproductive migrants who have and don’t want jobs.

By some estimates, only 20% of the German population today pays income taxes, which are expected to bankroll the rest of the country, but since that’s impossible long-term, they will now go after the pensioners and tax their pensions that have already been taxed their whole lives.

Eventually, they will have to completely get rid of the pension system altogether and keep people in the workforce until they literally drop dead.  No that’s the kind of “progress” we can expect when “diversity is our strength.”