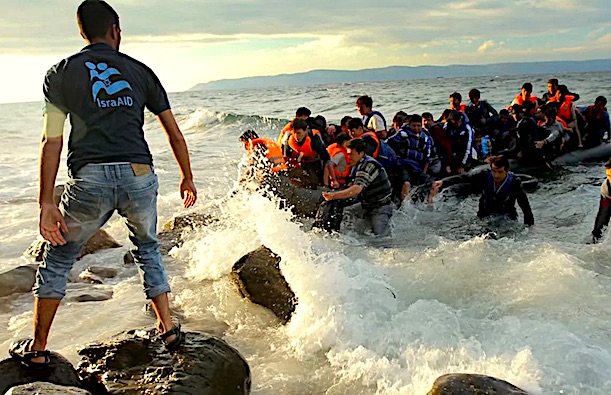 The first round of audits carried out by Greece’s National Transparency Authority on pro-migration NGOs operating in the country revealed astonishing growth among some of them, with the total number reaching an all-time high of 320:

The main goals of the project are to bring order to the anarchic landscape which NGOs operate in and to examine whether the services provided by the NGOs is proportional to the money that they’re receiving, Proto Thema reports.

The investigation, which is the first of its kind, is set to delve deeply into the finances and activities of 15 to 20 percent of the 320 pro-migration NGOs which operate in Greece. The auditing authority says that it hopes to gain an intimate understanding of pro-migration NGOs activities by this fall. So far, the first round of audits of the NGOs has revealed astonishing growth not seen an any other business sectors.

While some NGOs received tens of millions of euros in revenue, another has increased the number of employees in their organization by more than twenty fold. One NGO went from having 50 employees in 2013 to 1,050 in 2019. Another organization, which reported no income five years ago, somehow managed to rake in 23 million euros in 2019.

“After a complaint and evaluation of data on the operation and financial management of private entities operating in the field of immigration policy, audits were carried out in five Non-Governmental Organizations (NGOs),” the National Transparency Authority said.

In the coming days, the activities of ten additional NGOs whose activities have been deemed of interest to the authority will be reviewed.

Pro-migration NGOs working across southern Europe have repeatedly been accused of working alongside human traffickers to realize their political objectives.

So far, the Hungarian government is this only European government which has taken decisive action to stop NGOs who aid illegal migration. In 2018, Viktor Orban’s government overwhelmingly passed the “Stop Soros” bill – a bill which allows the government to imprison individuals who aid of illegal immigrants.

Let’s not hold our collective breath for this audit to reveal how much of the funding for these 320 pro-immigration groups comes from Jewish sources, most notably, George Soros, IsraAID, and the Hebrew Immigrant Aid Society (HIAS).

Jews are so rabidly pro-immigrant that 18 Jewish groups demanded that President Trump lift his travel ban on suspected Muslim terrorists.

And, no, it’s no ‘conspiracy theory’ that Jews are among the staunchest advocates for Third World immigration into White western nations, as the Jewish writer at the New York Times, Bari Weiss, openly admitted.

And, yes, that’s the same Bari Weiss who also claimed that all ‘antisemites’ want to genocide Jews…

…Which is why none of those 320 pro-immigration NGOs are operating in Israel — diversity is NOT Israel’s strength.

And Jews in Europe candidly admit that the mass flooding of Third World migrants benefits Jew in that it distracts White  Europeans from addressing the dreaded “Jewish Question”.

We are literally witnessing the fulfillment of biblical end times prophecy, Revelation 20: 9, as the “Camp of the Saints” — the White western nations — are being surrounded and flooded with racial aliens who come to devour the fruits of our nations.

And the Jews who are aiding and abetting this flood are motivated by a deep-seated racial animus that they have carried in their hearts for millennia from Genesis all the way through Revelation.