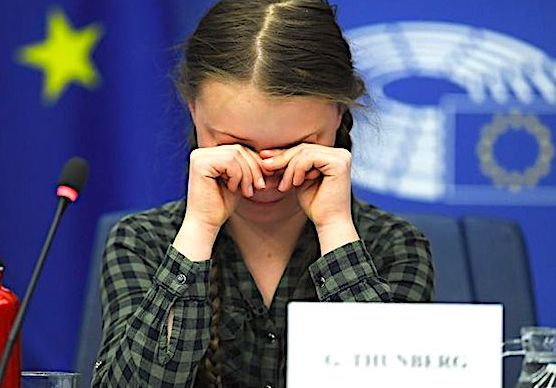 Outgoing Prime Minister Charles Michel announced he would seek to double Belgium’s financial contribution to the fight against climate change in a speech at the United Nations’ annual summit:

Michel’s announcement followed an impassioned speech by teen climate activist Greta Thunberg at the U.N.’s Climate Action Summit in New York, in which she issued scathing criticism of world leaders’ inaction on the climate crisis.

“For more than 30 years the science has been crystal clear,” Thunberg said. “How dare you continue to look away and come here saying that you’re doing enough when the politics and solutions needed are still nowhere in sight.”

His announcement would seek to bring Belgium’s federal contributions to the fight against climate change to roughly €160 million, up from the current €85 million, Le Soir reports.

In his speech, Michel said that the younger generations were addressing an “impassioned cry to our consciousness,” adding that climate change was “the challenge of this century,” according to the Francophone outlet.

His proposal, which will require parliamentary approval, comes at the end of his four-year term at the helm of the federal government, which he is set to leave in October to preside over the European Council.

Michel’s announcement also follows news that the federal budget had derailed during his term, with the structural deficit expected to hit €12 billion by 2024.

Belgium’s contribution to global climate goals goes through different channels, including through international funds created under U.N. conventions like the Green Climate Fund or the Least Developed Countries Fund, as well as through government development agencies such as BIO or Enabel.

Belgium’s impact on “global warming” is negligible, and as long as pollution juggernauts like China and India continue to destroy the entire eastern hemisphere, nothing that Belgium (or any First World White country) does will make any difference whatsoever in the overall world “climate”.

That’s just common sense, but this neo-environmental messianic movement isn’t about what’s rational; like its political bedfellow Communism, it’s all based on emotion and the tears of unhinged children.

Global Warming allegedly is causing so much anxiety in its adherents that a new area of psychiatry has developed just to help crazy believers deal with the impending doom.  And anyone who dares question a crying child or the “science” responsible for the hysteria is called a “heretic” or “hater” and is compared to a dreaded “Holocaust denier”.

But apparently only White nations, which are already the environmentally cleanest in the world, are required to foot the bill of reversing this alleged worldwide global warming “trend”, and that fact alone should make any rational person ask where is all that money truly going?