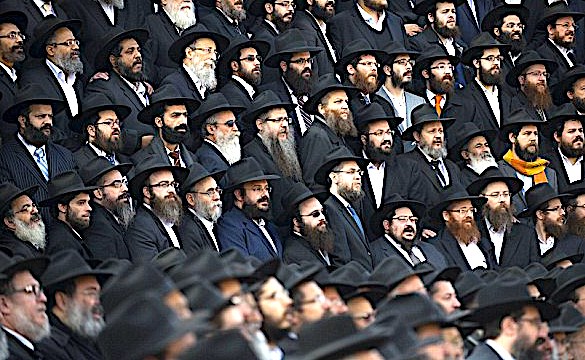 A collaboration of 500 rabbis and other leaders across every denomination of Jewish religious life are urgently calling for action  to combat climate-chaos, floods, famines, and fires, which includes a recommendation for all people to adopt kosher food practices:

The Rabbinic Call is entitled Elijah’s Covenant Between the Generations to Heal Our Endangered Earth. It is inspired by the words of the Prophets and draws on Jewish and other religious teachings. The Rabbinic Call list is still in formation and additional signees are expected in the days ahead.

Created by The Shalom Center in Philadelphia, the Rabbinic Call addresses not only the planetary climate crisis itself, but also the power configurations behind that crisis. It contends that this ecological imbalance has been created in large part by unaccountable concentrations of corporate and government power that make change difficult, as well as the disastrous role of hyper-wealth in fueling greenhouse gas emissions…

The Rabbinic Call provides specific personal and political actions. These deeds, mandated in ancient Jewish scriptures, translate into contemporary actions such as (full list in the Rabbinic Call):

-Urging our banks and politicians to move our money from burning carbon to investments in renewable wind and solar energy.
-Reforesting the Earth and defending our natural wildlife refuges.
–Welcoming refugees who have fled the storms, floods, and famines that beset their homes because of global scorching.
-Creating solar-energy co-ops; establishing car pools to lessen reliance on gas; and adopting modes of kosher practice for foods and energy sources that heal, not harm, our planet.
-Joining in the campaign to enact a Green New Deal that weaves millions of well-paid jobs, social justice, and eco-sanity into one program.

As we’ve previously observed, the global warming scam is a kosher endeavor which has the enormous power and wealth of the Rothschild financial syndicate forcing all First World countries to participate in their environmental Bolshevism.

It should surprise no one that 500 rabbis are pushing this Talmudic-Communist agenda under the guise of doomsday environmentalism.  Jews created communism not as a vehicle for social justice but rather as a way of ‘redistributing’ the world’s wealth into Jewish hands.

And it’s probably safe to assume that when the rabbis advocate ‘welcoming’ climate refugees, they don’t mean Israel or their  wealthy Arab neighbors like Saudi Arabia.  They mean White countries which have uniquely been targeted for race replacement.

“Judaism is communism, internationalism, the universal brotherhood of man, the emancipation of the working class and the human society. It is with these spiritual weapons that the Jews will conquer the world and the human race.”

“Judaism is communism, internationalism, the universal brotherhood of man, the emancipation of the working class and the human society. It is with these spiritual weapons that the Jews will conquer the world and the human race.” (p. 100)