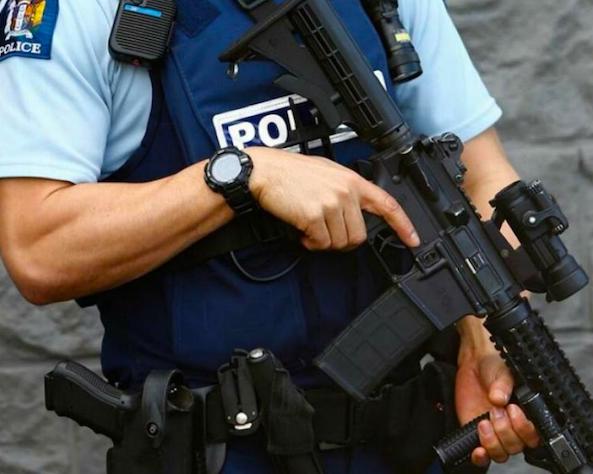 According to members of New Zealand’s largest firearm forum, Kiwi police are starting to go to gun owners’ places of employment, homes, and even visiting gun ranges in an attempt to gather information and get gun owners to relinquish their firearms:

‘A Mate of mine had the cops turn up at his house on sat after an image a friend of his had posted on Instagram holding his a cat AR15 got reported.  They asked to see his safe and he complied.  They confiscated his ar15 as well as his semi 22 although they Admitted they weren’t sure if that would be effected under the new law and suggested he may get it back.  They gave him a police property form with all details of what they were holding and took the guns with them.’

Additionally, it appears that New Zealand’s crackdown on semi-automatic long guns has claimed its first victim. According to Stuff which appears to be the New Zealand equivalent of The Patch . . .

A former Russian soldier who feared going back to prison tried to call his son before dying of a suspected suicide following a three-hour standoff with police.

The family of 54-year-old Troy Dubovskiy told Stuff he was sought by police after his property in the Christchurch suburb of St Martins was searched on Tuesday.

Police acted on information from the public.

His son posted a photo of him wearing a Russian Army Helmet and posing with an airsoft rifle on social media.

Dubovskiy’s 16-year-old son, who Stuff has decided not to name, said police searched the homes of his father, mother and grandparents after someone reported a photo the teen made his profile picture on Facebook five days ago.

The photo, which he first posted to Facebook several years ago, shows the teen holding a replica rifle and wearing a Russian helmet. The teen used the equipment along with his father while playing Airsoft, a team sport where people shoot each other with pellets using replica guns.

The boy’s father was a veteran of the Soviet and later Russian Army and spent time in Afghanistan and Chechnya while assigned to a special forces unit.

So when a foreign national from Australia comes to New Zealand and shoots up a mosque, the New Zealand government responds by punishing their own people by confiscating their guns so they are even less safe than before the shooting.  After all, if the Muslims at the mosque had been armed, it’s highly doubtful, despite the automatic weapons, that more than a few people would have been killed.  A well-armed society is a polite society, and we can’t have that.