Gun Violence in South Africa “Out of Control” 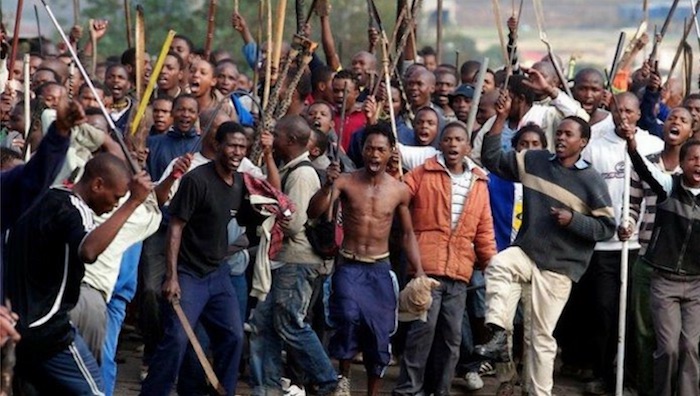 “In South Africa, 21 people are killed every day by a gun. Gun violence is out of control. In KwaZulu-Natal, gun violence statistics are particularly high due to political killings and taxi violence. The increase in gun violence comes from poor control when it comes to issuing licenses, fraud and corruption. We are waiting for government to strengthen the existing gun laws, however there has been instability with SAPS with new leadership,” she said.”

“Kirsten said while they applauded the community’s stance, calling for a gun free country, there was only so much that the community could do.”

Comment:
Funny how under “racist” Apartheid, gun violence in South Africa was relatively low, and there was no need for proposals to confiscate guns. It was much safer for the average black South African under Apartheid. So-called “racism” apparently saved a lot of black lives.

Now that blacks run South Africa, and the country spirals out of control into anarchy and violence, it is time to blame guns – and advocate a “gun-free” country. The only people who would benefit from these laws would be the criminals who ignore the laws anyway. The biggest losers of such laws would be whites who would lose their ability to protect themselves from this black tsunami of violence.