Half of All “Deported” Fake African Migrants Still Living in Germany 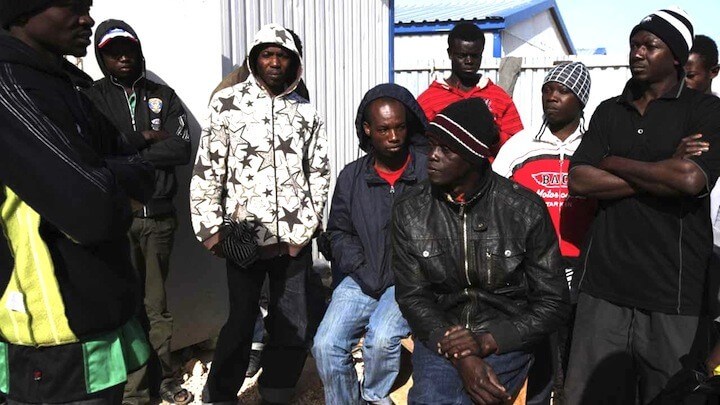 Germany’s deportation mechanism for returning fake “refugee” invaders to their home countries does not appear to be working very well:

The number of unsuccessful deportations from Germany has increased by more than 200 percent, as every second deportable migrant stayed in the country by not appearing for their expulsion appointment.

An internal evaluation by the federal police found that, as of the end of May, only 11,100 scheduled deportations had been successful out of a planned 23,900, according to the report by Deutsche Wirtschafts Nachrichten.

Some 11,500 refugees were listed as “not found” on their appointed day, with the remaining 1,300 cases abandoned for various other reasons. Around 150 people stayed because pilots refused to take them, and in more than 500 cases, deportation was stopped because of “active or passive resistance.”

The highest level of deportation resistance came from immigrants from Nigeria and Guinea, with 60 people each, followed by Somalia, Syria, Sierra Leone, Gambia, Morocco, Iraq and Eritrea, according to German federal police.

“It creates an enormous amount of work for the federal police that every second person to be deported is ultimately not delivered by the responsible state and local authorities,” Ernst Walter, chairman of the German police union, told Welt am Sonntag. He added that the only way to prevent them from disappearing is to “make much greater use of deportation detention.”

It must be really hard for immigration agents in Germany to identify these pitch black Africans – it’s not as if they don’t stick out like sore thumbs.

But then again, Germans are trained by the PC police to not see racial differences – and if they were to stop a black African and ask for their “papers”, they would be accused of “racial profiling” and the illegal migrants would be allowed to go about what they do best – raping, robbing, and killing the “denazified” German citizens.