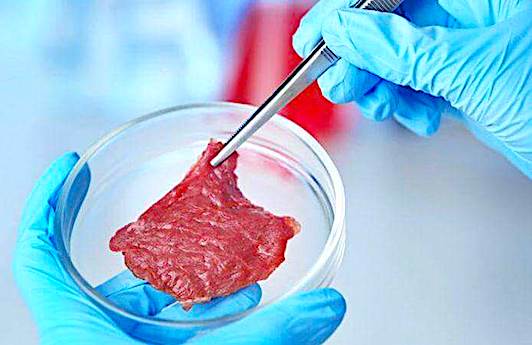 Harvard’s Animal Law & Policy Clinic has sent a 20-page letter to the U. S. Department of Agriculture urging the agency to adopt a labeling approach for cell-based meat and poultry products that does not overly restrict speech and that respects the First Amendment’s of manufacturers to call lab-grown meant as “meat”:

In February, the USDA announced that it likely will initiate rule-making, a lengthy public process for drafting new regulations, to address labeling cell-based (or “cultivated”) meat and poultry products. Under an agreement with the FDA, the USDA ultimately is responsible for overseeing the labeling of these products, but the specific manner in which the agency will regulate product labels and product names remains unknown.

While these labeling regulations are still under development, our Harvard Law School Animal Law & Policy Clinic’s principle positions and requests are as follows:

-The U.S. Department of Agriculture should not establish new standards of identity and should not ban the use of common or usual meat and poultry terms or product names specified in existing standards of identity (such as “beef”, “burger”, “chicken”, “sausage”, etc.). Such a ban likely violates the First Amendment and its commercial speech protections.

-The U.S. Department of Agriculture should require disclosures or qualifying language on cell-based meat labels only when doing so is necessary to protect consumers from an increased food safety risk or material compositional difference.

-Before requiring any such disclosures or qualifiers, the U.S. Department of Agriculture’s Food Safety and Inspection Service should: 1) wait until it has had the opportunity to determine the composition and safety of finished cell-based meat products; 2) review actual proposed labels; and then, 3) assess what, if any, specific labeling requirements are essential on a case-by-case basis to protect consumers from being misled.

-The Harvard Animal Law & Policy Clinic further requests that the U.S. Department of Agriculture coordinate closely with the Food and Drug Administration as it develops its proposed cell-based meat labeling rules.

“These technologies all deserve as fair a chance as any other new technologies, and these companies should not have their First Amendment Rights infringed upon,” said Kelley McGill JD ’20 who worked on the letter with Clinical Instructor Nicole Negowetti.

It is virtually guaranteed that Harvard has received millions of dollars in research grants from the companies standing to make billions off these fake meat products — but, as we know, those companies are merely exercising their ‘free speech’ by giving Harvard millions in payola.

Why, it’s downright un-American to not allow lab-grown meat to be called real meat — and why should consumer need to know if the meat was grown in a lab if they couldn’t tell the difference anyway?

Ignorance is bliss, after all.

We saw a similar battle when food manufacturers fought tooth and nail against labeling GMO products — claiming that such labeling would unfairly “discriminate” against their products.

Even though there is mounting evidence that GMO foods are dangerous to animals and humans, the labeling requirement will never change.

It would take years of humans eating lab-grown meat to find out it’s long-term heath risks — and, of course, no one will drop dead who eats in a short-term study, so it will be given its GRAS (Generally Recognized As Safe) status by the regulators.

And so, the result will be that meat that is NOT grown in a lab will have labels stating, “Not cell-based product” or “Not lab-grown” or even more obscurely “No CBPs” or “No LGPs”.

In other words, lab-grown meats will eventually become the rule rather than the exception, just as GMO foods have become.

And consumers will be guilted into preferring lab-grown meat because it won’t cause bogus global warming the way real meat allegedly does.

And considering that much of the research and development for lab-grown meat is coming out of Israel, we can be assured that it will be enthusiastically endorsed by the mainstream media whores.