Has Another 9-11 Type False Flag Attack Been Planned For Seattle On Sunday November 3rd? 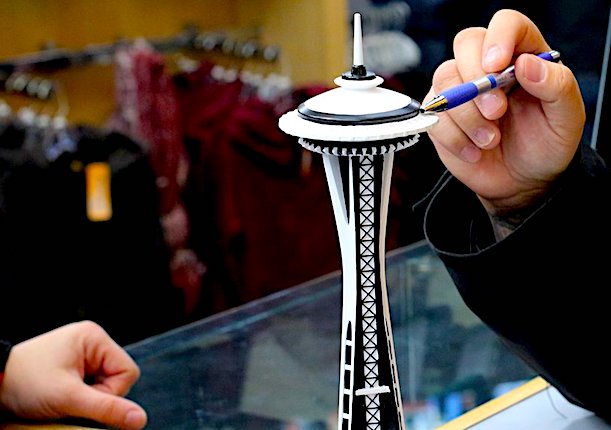 In a fascinating and in-depth video, Adam Green of ‘Know More News‘ lays out the evidence of predictive programming in the media that a potential False Flag Attack on Seattle may have been planned for this weekend, Sunday November 3, 2019:

This video is packed with information, evidence, and analysis, it is worth listening and watching.  However, you can scan through the video, doing your own quick overview.

What Adam presents (with the help of a German scholar) is an abundance of Predictive Programming in the media, over many years, with the target being the Seattle Seahawks Home football game against the Tampa Bay Buccaneers.

Much like the evidence that was found after 9/11 showing advanced knowledge of that event, a similar amount of pop culture media seems to depict this date, time, location, and type of event.

The event would be a micro-nuke on or near the Seattle Space Needle.

Adam goes through much of the 9/11 Predictive Programming to demonstrate the significant amount of media used in that event.

In conclusion: At the very least, there is an alarming amount of Seattle Destruction in TV, films, and print media.

If 9/11 was planned years in advance (some say as far back as 1970 or even before), then the question comes down to why do the planners of these events find it necessary to show the public in advance through cryptic methods?

Some believe it is part of the Black Magic being used, and is necessary for those involved to be free from guilt because the “dumb” public was too “stupid” to see the signs to prevent the event from happening.

If this is the case, and an event has been planned for Seattle, is it possible that by sharing this information such an event could be averted?

Maybe we will never know if nothing happens.

We certainly hope this event will not take place, as we denounce any acts of violence to bring about political ends, but there can be no doubt that the oligarchs who planned and executed 9-11 are far from done staging similar false flag terror attacks to further their agenda if necessary.

The Zionists are frustrated that the U.S. refuses to go to war with Israel’s ‘existential’ enemy, Iran, so what better way to get America behind such a suicidal war than to stage a terror attack on Seattle and blame it on “radical” Iran which is conveniently now manufacturing “nuclear material”?

Satan’s time is short, as the Book of Revelation clearly states, so we should expect these terror attacks to increase with frequency until Americans and European become so exhausted by the violence that they beg the oligarchs to do whatever is necessary to stop it, and their answer will be an international “world court” in Jerusalem ruled over by their hand-picked “Moshiach” or Anti-Christ who will occupy the ‘Seat of Judgment’ in the ersatz “Third” Temple.

Ritual sacrifices will commence in the new Temple, and any deaths in these false flag attacks will be part of that blood ritual.

That’s the end game for them, and world events are being manufactured and manipulated into making that scenario become “reality”.  And a major attack in Seattle would serve to accelerate the Kabbalistically pre-determined time table.