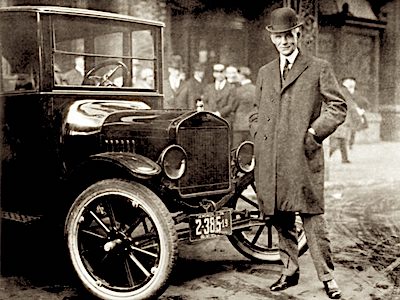 The Ford Research Center Israel will focus on identifying technology partners for the firm in the areas of connectivity, sensors, in-vehicle monitoring, and cybersecurity, and will serve as a research hub, working with Ford’s global teams.

The new center will join other global research hubs set up by the firm in Aachen, Germany; Nanjing, China; and Dearborn, Michigan, in the US.

The facility, opened by the company’s executive chairman Bill Ford, will be an integral part of the US car maker’s vision of designing smart vehicles. The center will include a vehicle lab to support proof of concept efforts and AI work.

Ford has been working with local companies and partners in Israel’s tech community for many years. In 2017, the US firm acquired Israel’s SAIPS AC Ltd., a developer of computer vision and machine learning algorithms, in a foray into the autonomous vehicle field.

Udy Danino, the CEO and founder of SAIPS will be the technical director of the new center, which will work closely with SAIPS.

“I’m going to be back — and I’m going to be back very frequently — because this really becomes the lifeblood of what Ford Motor will become in the future,” said Ford, on his first visit to Israel, at the opening. “The ecosystem I’ve seen here is just incredible.”

For many Jews, Henry Ford was (and continues to be) the American version of Adolf Hitler, a man whom Henry Ford greatly admired.  Ford used his hard-earned wealth to warn the world about the Jews when he bought the Dearborn Independent newspaper to run stories exposing jewish power and its subversive agenda in America.  His research was ultimately compiled in the book, “The International Jew” which many of his customers received free when they purchased a Ford motor car.

An assassination attempt and threats to the lives of his wife and children forced Ford to back off his campaign against jewish power, and the powerful jewish attorney Louis Marshall wrote a letter for Ford to sign, a letter containing a fake apology to the jewish people for the unkind (but true) things he said about them.  Ford signed the letter but never publicly recanted anything he had previously stated.  And now his ungrateful children and grandchildren have repaid his loyalty and concern for them by handing the keys to his company over to the very people he tried to warn the world about.