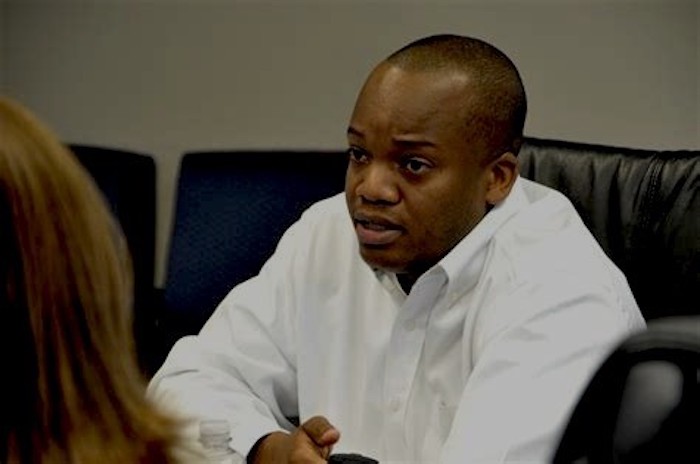 A high-level black FEMA director has been charged with sexually exploiting job applicants – another great example showing the fruits of affirmative action:

Allegations of sexual misconduct by a former top personnel chief at the Federal Emergency Management Agency were referred to the Department of Homeland Security’s inspector general, officials said Monday.

In a statement, FEMA Administrator Brock Long said the results of an internal investigation against ex-Chief Component Human Capital Officer Corey Coleman “leave me no choice but to take decisive action to address lapses in professional responsibility.”

“These allegations are deeply disturbing and harassment of any kind will not be tolerated at FEMA,” he said, adding that the agency would, among other measures, create an office of professional responsibility to handle such complaints.

The allegations against Coleman were first reported earlier Monday by The Washington Post.

Citing an interview with Long, the newspaper reported that Coleman resigned on June 18, before a scheduled interview that was part of a nearly seven-month internal investigation.

“What we uncovered was a systemic problem going back years,” Long said, according to the newspaper.

A summary of the investigation obtained by the Associated Press found that Coleman had improper sexual relationships with subordinates and that he created a “toxic” work environment, including giving preferential treatment to fraternity brothers.

This should not surprise anyone – Coleman was obviously an Affirmative Action hiring himself and was unqualified to perform in that high-level position.

Blacks love government jobs because once they are hired, it is almost impossible to fire them for incompetence–their defense is always “racism”. And considering that Black men commit the majority of sexual crimes in this country every year, it shouldn’t surprise us that a Black man in a position of power would be tempted to abuse vulnerable women, as Coleman has.

Get rid of Affirmative Action, however, and the fake Black Middle Class will virtually disappear. You can’t have both.