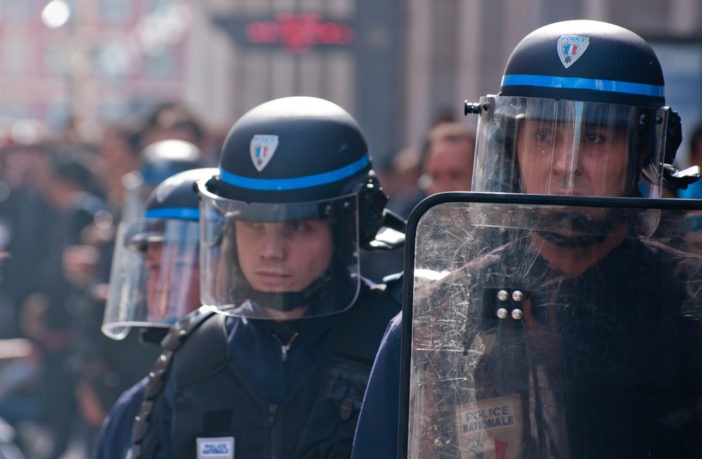 “As the numbers of suicide cases among the French policemen have hit record levels (last year 66 officers committed suicide), the mass media and politicians were quick to provide various explanations which include work-related stress, too large a workload, too small a number of psychologists during police training and in police stations, family problems, too small an amount of time that can be devoted to private life and the like.

Well, in the Europe placed in the straight jacket of human – read criminal – rights, a policeman is a laughing stock. He is supposed to manage, control or, if need be, overpower individuals flaunting anti-social behaviour in such a way, however, as not to overstep the legitimate scope of what is allowed.

So, the policemen expose their lives and health to danger, simultaneously running a risk of being beaten, mutilated or killed. While under continuous threat, the officers in the banlieues must think twice before they can use the firearms as they know that if they use them, they are sitting ducks for the superiors and courts of law.”

The French police have jobs that are the height of absurdity–they are being asked to protect the “human rights” of criminal migrants, and at the same time, arrest White native French people for any signs of political incorrect behavior–resulting from not wanting their country taken over by these non-White invaders. No wonder so many French cops are throwing up their hands and turning out the lights.