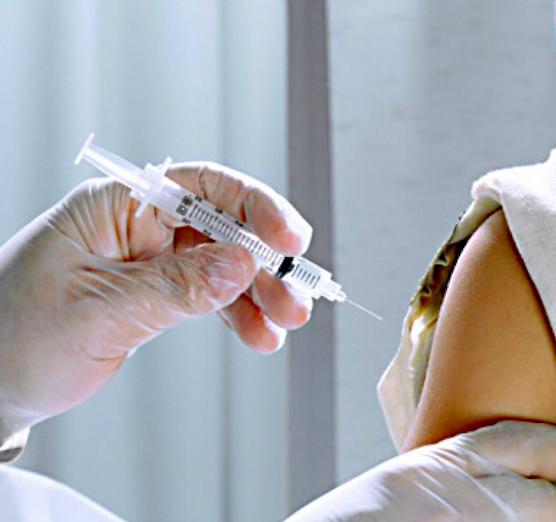 Charlotte, North Carolina, resident Matt Gleason hadn’t gotten a flu shot for more than a decade, but after having it last winter he decided to go for it; his workplace was offering the jabs in October and they were free!  What could go wrong?:

Five minutes after the shot, he fainted. Even though he came to rather quickly (he has a history of fainting) a colleague called 911. But when the paramedics got there and sat him up he vomited and that was worrisome enough for a trip in the ambulance to the hospital.

“He spent the next eight hours at a nearby hospital — mostly in the emergency room waiting area. He had one consult with a doctor via teleconference as he was getting an electrocardiogram. He was feeling much better by the time he saw an in-person doctor, who ordered blood and urine tests and a chest-X-ray.

All the tests to rule out a heart attack or other serious condition were negative, and he was sent home at 10:30 p.m.”1

But it was after he got released that things got ridiculous: “…he was reportedly hit with a $4,692 medical bill — which included a $2,961 ER admission fee and nearly $1,000 in charges for blood tests.

The amount was later reduced by his insurer, Blue Cross and Blue Shield, to $3,711 — but since Gleason had a $4,000 annual deductible, he was still responsible for paying off all of it.”

Again, Gleason’s insurer, Blue Cross and Blue Shield of North Carolina, was able to negotiate discounts for the in-network hospital, thereby reducing his bill to $3,711. But again, with a $4,000 annual deductible, he was responsible for the entire amount. (The ambulance company and the ER doctor billed Gleason separately for their services, each about $1,300, but his out-of-pocket charge for each was $250 under his insurance.1)

Atrium coded Gleason’s ER visit as a Level 5 (which happens to be the second-highest and second-most expensive) on a 6-point scale. A Level 6 code is for someone who has a gunshot wound or major injuries from a car accident. (Are you kidding me?) But when Gleason asked he was informed that because he had received at least three medical tests, his admission was coded Level 5. (He argued he should have paid a lower-level ER fee, considering his relatively mild symptoms and how he spent most of the eight hours in the ER waiting area.1)

According to the CDC’s own published statistics, the Federal government pays out more for complications and adverse side effects from the flu shot than for any other vaccine.  Those “side effects” range from inducing abortions in pregnant women, to paralysis and comas, to sudden cardiac arrest and death.  Chances are pretty good that any “free” flu shot is going to have some complications, and depending on your health insurance, you could go broke and lose your health in the process.

Leaving aside the fact that very few people diagnosed with the so-called “flu” actually have tested positive for the flu virus, it’s rather remarkable that BigPharma has been so successful with their fear campaign to convince everyone, especially the elderly, that the so-called “flu” will kill everyone who gets it.  People now fear the “flu” more than cancer and heart attacks, and that fear is a great way to promote flu shots.  And if a hospital can get $5,000 to treat the side effects of just one flu shot, imagine how much 100 million shots per year earns them.